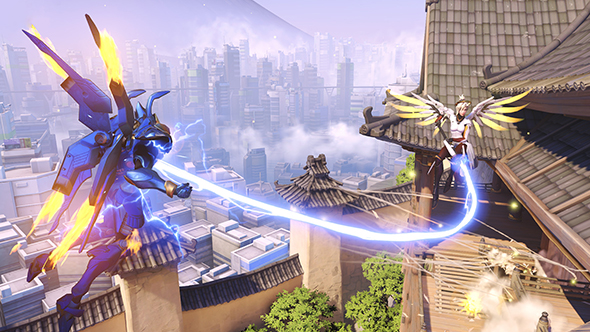 We rate more on gameplay abilities than romantic compatability, but we say these are the best Overwatch heroes.

In a brief interview for Blizzard’s All Access panel at BlizzCon, Overwatch director Jeff Kaplan says that whatever ships the team thinks of, the internet’s are always way better.

Pressed for a favorite, Kaplan said that Pharmercy and McHanzo are his top picks. He recommended searching Twitter if you’re haven’t heard of either of those, but I’m not sure I can make the same recommendation. Stay safe out there, kids.

Asked to pick a favorite character, Kaplan had some typical proud dad reticence. He says he goes through waves of favoritism, with Zarya’s new 80s costume inspiring a boombox-toting binge with her. I can’t really blame ya, Jeff.