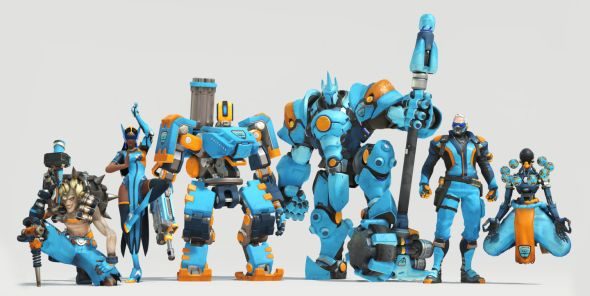 Get your head in the game. Here’s everything we know about the Overwatch League.

London Spitfire have not revealed why Bishop was let go but, in their official statement, praised the work he has done to date.

“London Spitfire has today parted ways with coach Beom-joon ‘Bishop’ Lee,” the statement reads. “Bishop was instrumental in the formation of the Spitfire line-up, finding two of the world’s best Overwatch rosters, GC Busan and KongDoo Panthera, and fusing them into a single unit which was crowned Overwatch League Stage 1 champions.

“We would like to thank Bishop for his contribution to London Spitfire and wish him all the best with his future endeavors. Our new coaching structure will be announced in due course.”

On Twitter, Bishop explains that he and London Spitfire “agreed to part ways,” suggesting his departure was a mutual decision.

Unfortunate to have to leave mid-season like this, but @Cloud9 @Spitfire and I have agreed to part ways here! Looking for a new team in the meanwhile, so hope to see everyone soon :D!

This is the second Overwatch League coach to leave in the space of a week. Only a few days ago, the controversial coach of the Shanghai Dragons, Chen ‘U4’ Congshan, quit the team.