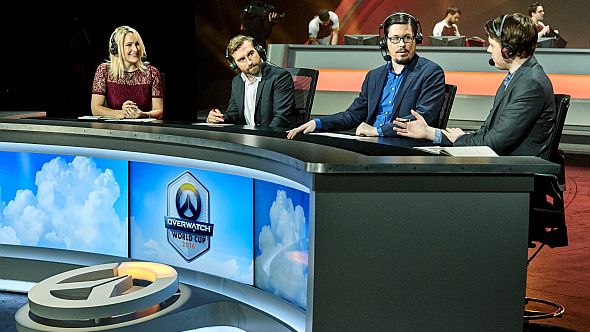 Blizzard have formed a new internal division to handle all Overwatch esports programmes, including the Overwatch League and Overwatch World Cup. In so doing, they are integrating Major League Gaming fully into the company.

Here’s everything we know about the Overwatch League so far.

Activision-Blizzard acquired Major League Gaming(MLG) toward the end of 2015. Of the consolidation, Blizzard say:

“The new division, which will retain the MLG name, will build on Blizzard’s nearly 20-year history as a leader in esports and leverage MLG’s extensive experience with live events and content distribution. It will also operate the MLG-branded media network, which will broadcast both Blizzard and Activision esports content as well as other premium gaming programming.”

The new division “will serve as the operational foundation, partnership hub, and media production network for the Overwatch League as well as Activision’s Call of Duty World League”, including league and team management, sales, advertising, distribution, event production and so on.

While Overwatch will sit within MLG, other Blizzard esports (Heroes of the Storm, Hearthstone, StarCraft, and World of Warcraft) will continue to be handled by Blizzard’s separate esports team. As if it weren’t blindingly obvious by now, this is further evidence of Blizzard’s ambition for the Overwatch League.

Here’s the announcement on Blizzard’s website. It wraps up with a call for job applications, though interestingly, vacancies within the Overwatch League are no longer advertised. Blizzard were quite recently advertising several departmental heads for the Overwatch League, none of which are now available. Looks like they’re ready for work to begin in earnest, which probably has some bearing on today’s news. It was also rumoured yesterday that two NFL franchises have bought slots in the Overwatch League.

Blizzard’s ambitious plan seems to be coming together so far.