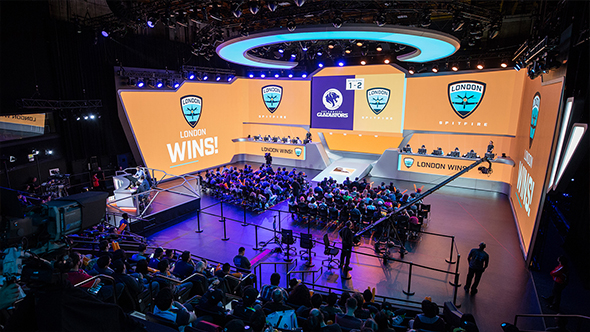 Today has brought plenty of Overwatch League news, from the finalization of the Twitch partnership to the full rollout of in-game league skins. But there are plenty of more questions to be answered as we start the first season of OWL and look forward to the seasons to come, and commissioner Nate Nanzer is answering some of those concerns today.

Here’s everything you need to know about Overwatch League.

For example, how will mid-season patches be handled? Nanzer tells the Daily Mail that they’re “not going to go straight from PTR to the league.” He says there will probably be some delay in a patch’s transition from the live game to the league, giving pro players a chance to familiarize themselves with the changes and the new meta.

Instead, it looks like patches will be rolled out between the six week stages of the season. “One of the benefits of having the stage structure is that they’re a very natural point for us to do any patches,” says Nanzer. “Once a stage starts, it’s unlikely there will be any new patches.”

An official fantasy league is also under consideration but it won’t be happening for season one. Instead, Nanzer hopes to have one ready to roll in time for season two. “Right now we’re focusing on what statistics really matter. We’re about to get a ton of data on really high level play, and really understand the stats that are the most meaningful and most correlated with success. There’s obvious stuff, but for fantasy to be really cool it needs to be deeper than just KDA. We want to fine tune that before launching a robust fantasy product.”

If things go according to plan, season two will also see Overwatch League expand with new teams in new regions. The current roster is heavily based in North America, but according to Nanzer we won’t be waiting long for the league to expand beyond that. “We’re going to start focus on season two expansion, including team sales, pretty quickly after we launch Europe is definitely going to be a big focus for us in those conversations. We really want to add additional teams in Europe for next season.”

Naturally, all this expansion depends on how well Overwatch League does in the first place, but we won’t be waiting long at all to find out how everyone responds. The first game takes place tomorrow January 10 at 16:00 PST / 19:00 EST or January 11 at midnight GMT.