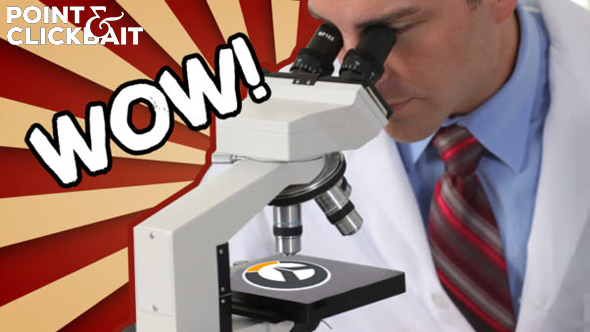 Local YouTuber Allan “SC0TTYgames” Scott has baffled and impressed viewers today after managing to pad out nearly 30 minutes of his latest video analysing a single tweet from the Overwatch account.

The video, titled “OVERWATCH: Next hero CONFIRMED REVEALED??? Clues and Analysis” features 27 minutes of Scott discussing almost absolutely nothing, but in a level of detail that viewers found “reluctantly impressive”.

“He’s really going to town on this one,” confirmed one viewer. “Honestly I came for the video title, but now I’m just staying to see whether or not he’s actually suffered a mild stroke and I need to call an ambulance.”

Viewers confirmed to Point & Clickbait that at the end of Scott’s video, they hadn’t learned anything they couldn’t have learned simply by taking five seconds to read the tweet, and felt “faintly robbed”.

At the time of publishing, the video has been watched more than 1.3 million times.