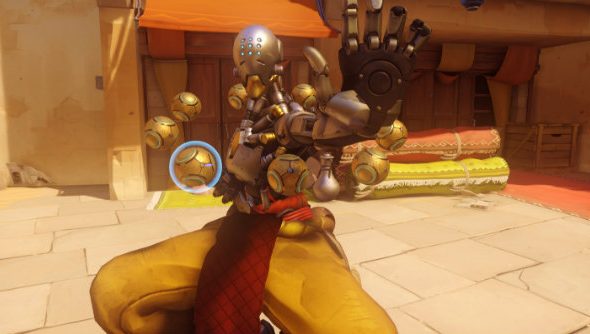 Work is well underway in the creation of new characters and maps for Overwatch, and according to game director Jeff Kaplan we should hopefully be seeing some added to the game before the end of the year.

In a forum post, Kaplan said that Blizzard are “working on new heroes right now”, with some “very far along” and some “just getting started”, so once they start dropping we should at least have a semi-regular flow. There are also some prototypes that “may or may not ever see the light of day”.

“We’re also working on a few new maps right now,” says Kaplan. “One of them is ‘officially’ in our production pipeline as it has passed through enough prototyping and playtesting that we feel confident in it.

“So that map is in the hands of our art group at this time. They are busy making it look awesome and while they do that, we keep going back and playtesting it to make sure nothing changed between the early level design blockout and the final ‘artified’ version of the map.”

There are a bunch of others being prototyped and playtested – some will be made and some will be scrapped. “We tested a map yesterday that was amazing yet a total disaster at the same time,” Kaplan expands on why maps need such rigorous testing.

“Aaron tried some very innovative level design tricks that we hadn’t done before in OW. On the upside, the map was very unique. But the we ran into problems with sight lines and the map was basically dominated by long range heroes, leaving heroes like Reaper practically useless. So if we can fix the sight lines while not losing the overall vision, that map might turn into something some day.”

As for release times, Kaplan went on to say: “So maps and heroes are being worked on daily. I wish I had dates for you but whatever date I gave you would change and then you’d all be mad at me. The good news is, like we’ve said before, for Overwatch, we won’t be charging for those maps or heroes. Those will just be live updates that will come in a patch for free.”

While Kaplan wouldn’t commit to a date here, he did reply to a question later, confirming that we’d be getting at least a new map and hero before the year is out.