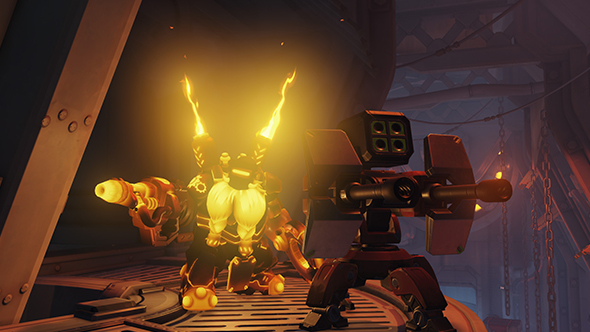 “One-trick” Overwatch players – that is, those who play only a single hero to the exclusion of all others – seem to be in trouble, as there have been a rash of reports suggesting this is now a bannable offense in competitive play. Blizzard’s responses have been vague at best, and the situation has become even murkier as a result.

These are the best Overwatch characters, but don’t get too attached to just one.

This largely centres on streamer and Torbjorn main Fuey500, who was suspended this weekend for “disruptive gameplay.” It’s difficult to track down the details, but many in the Overwatch community have suggested that one-tricking is now a bannable offense, particularly when your hero of choice is not considered viable in the meta.

@PlayOverwatch Please unban me I am a high elo one trick who does not do anything wrong I am a wholesome boi. Thanks!

Others have come forward since Fuey’s suspension to claim the same thing has happened to them, and there seems to be a common thread among Torbjorn mains in particular, but some of those same players have also been accused of more serious offences like throwing games or more explicitly toxic behaviour.

But those latter explanations don’t seem to be the case with Fuey, and in this particular case it seems there’s little explanation other than the suspension being a result of bad team composition. Blizzard’s official response doesn’t dissuade that thought, either. “We take both sides of the issue very seriously,” community manager Josh Engen says. “We believe that players should be able to choose their favorite heroes, but playing as a team (which includes building an effective team composition) is a core part of the Overwatch experience. It’s a delicate balance, and we’re still working on getting it right (and probably always will be).”

The next day, the response was much the same. “After investigating a number of the cases that have been surfaced over the past 24 hours, we can confirm that the system is working as intended. None of these were simple cases of ‘one tricking’ or off-meta hero selection. These were examples of behavior intended to disrupt Competitive Play. As such, the punishments will stand.”

“To be clear, specializing in certain heroes or playing off-meta heroes is not bad behavior on its own. In fact, we actively encourage people to be clever with their team comps and work with their teammates to counter the enemy comp. Teamwork is important and should be considered when making your hero selections, especially in Competitive Play.”

What this means in the long run isn’t clear, but it increasingly seems that Blizzard’s aggressive policy toward banning Overwatch players – a sharp response to the community’s negative reputation – is having some unintended consequences.