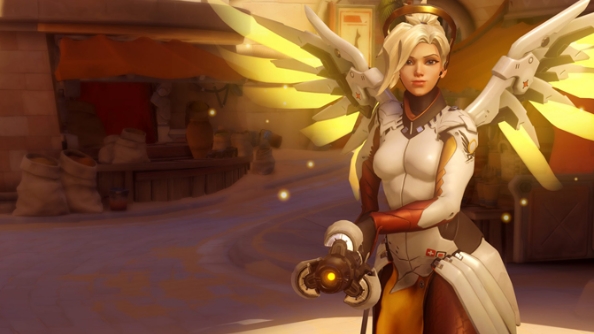 We all know online videogame communities can be hostile places. Just load up PlayerUnknown’s Battlegrounds and jump into a lobby and you’ll hear dozens of voices all scream out in unison with the worst bile you’ve ever heard. People are dicks, basically.

Be nice to each other in our list of the best multiplayer games.

Still, if you’re not a white guy on the internet, things are even worse. This is because the internet is filled with white guys. Hell, I’m even one of them. Hello. Still, I never bother with public voice chat because a lot of nerdy white dudes online are just the worst.

If you’re a woman, you’ll likely be subjected to sexist abuse. If you have an accent, people will come at you with racist slurs. One female Overwatch player was recently subjected to 16 straight minutes of the former, and she captured it on video to highlight the issue to other players.

I won’t repeat what they say, but you can watch the video above if you hate yourself/want to see what it’s like to be a woman in an online videogame.