Overwatch’s 1.30 patch is now complete. Before BlizzCon it was a smaller, polishing patch, making a number of tweaks to a few off-meta heroes, namely Reaper, Roadhog, and two of Blizzard’s most recurring thorny problems, Mercy and Symmetra. None are too radical, but all should help these heroes perform more consistently. For example: Reaper’s spread pattern was adjusted to give him more damage at close range, but that didn’t work, so it’s been adjusted again.

With Blizzard’s annual party and an accompanying update behind us, though, it’s one of the biggest patches of the year so far, introducing a new hero who’s already becoming a fan favourite. Hero 29 is Ashe, a versatile damage hero with one of the best effective ranges in the game and the ability to summon her adorable omnic companion, Bob, as an ult. Bob essentially functions as a seventh teammate in that he is able to capture objective points and even push payloads.

These changes are now final and, indeed, live – Overwatch version 1.30 is now complete. Read on to learn the current state of the game.

Patch 1.30 is out now! And our prediction of a release on Tuesday, November 13, turned out to be correct. Everyone’s happy. The below changes are now in the live game.

Overwatch’s 29th hero, Ashe, was revealed at BlizzCon 2018. She was added to the PTR with the accompanying November 5 update and is now playable on the rest realm. Ashe is a versatile offensive hero with one of the best ranges in the game right now, able to outdistance both McCree and Soldier: 76. She also has tools for crowd control, mobility, and burst damage. 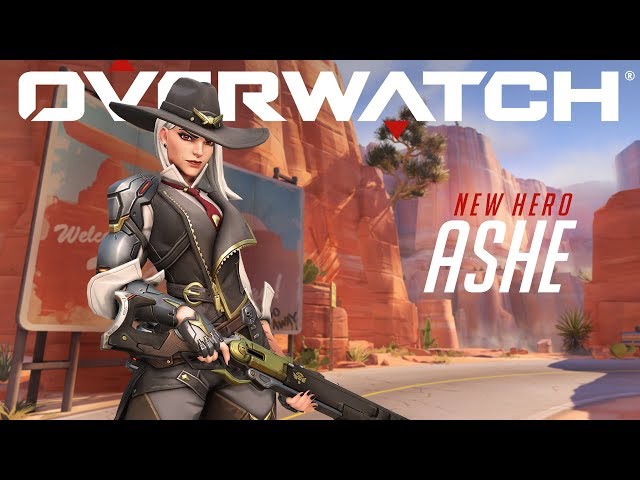 Her primary weapon is the Viper, a lever-action rifle with two firing modes: semi-automatic and aim-down-sights. In semi-automatic mode, the Viper shoots rapidly with a high spread. Aiming down the sights lets Ashe line up precise shots, increasing damage at the expense of speed. Her Coach Gun is a short-range, high-impact sidearm that deals big damage and clears the way by knocking back nearby enemies. Ashe can also use it to knock herself back, perhaps to reposition for a clear shot, or to escape pursuing enemies.

Ashe can also throw a bundle of Dynamite, which will detonate after a delay. It deals damage in a wide radius and sets enemies on fire for additional damage over time. Ashe can also shoot the dynamite to detonate it early, allowing her to damage unsuspecting enemies. Ashe’s ult is B.O.B., which will send Ashe’s loyal omnic companion, Bob, rushing into the fray. On his initial deployment Bob will shove aside the frontline, after which he’ll come to a halt and spray damage around to rough up targets in the backline. Bob is a seventh teammate in many essential respects – he has a big health pool, can capture points and even push the payload.

There’s no major rework this patch, but several off-meta heroes are getting a little boost to bring them up. Confirmed for buffs or adjustments so far are Mercy, Reaper, Road Hog, and Symmetra, but all heroes are affected by this general change:

Developer Comments: Mercy’s ultimate was charging a bit too slowly after her base healing was reduced in a previous update. These changes should restore some of her ultimate’s strength and let it build up more quickly.

Developer Comments: This is the second component of Reaper’s Hellfire Shotguns adjustments (the prior one reduced spread randomization by 50%). This change brings a couple of Reaper’s pellets from the outer ring into the middle ring and reduces the amount of empty space between rings when firing from further distances.

Developer Comments: Reaper’s specialty is fighting at a very close range. The more consistent spread pattern and increase in healing from his passive ability will make him more capable of standing toe-to-toe with his enemies.

Developer Comments: Roadhog is receiving several large changes to make his abilities more consistent. His Chain Hook had issues with breaking when enemy targets jumped or fell behind environment collision. It will now slow them down in the air more when the hook lands, and wait less time before it starts reeling them in. Since Chain Hook’s cooldown now begins immediately upon use, it no longer varies based on Roadhog’s distance to the target. We’ve also moved some of the projectiles closer to the center of the spread pattern on his Scrap Gun, which gives him a more consistent damage output for its primary and alternate fire. Previously, there was a long-standing bug that caused close-range targets to fly much further than expected. After this bug was fixed, we still wanted to keep some of the knockback burst it provided, so we’ve increased the overall velocity cap to maintain some of that functionality.

Developer Comments: It’s still difficult to use Symmetra’s Photon Projector beam effectively, even after its range was increased. By speeding up the primary fire charge rate, it takes less time to ramp up to its full damage potential and will be a stronger option when she’s presented with targets to charge up on.

As ever, plenty of bugs are getting squashed in the latest Overwatch patch. Read on for a full list: