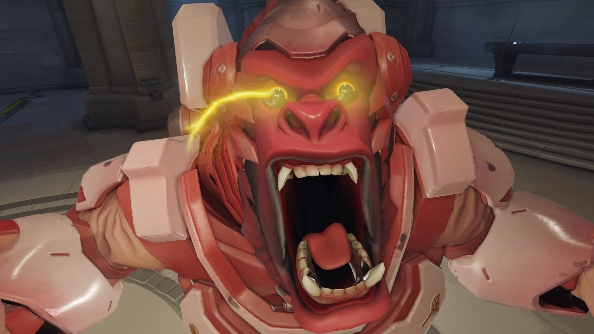 Overwatch has a “leaver penalty” system designed to punish and discourage rage quitting. Blizzard have explained in detail how this system works, and how it leads to the punishment of only earning 25% of your regular EXP.

Don’t quit: turn your rage into dead enemies in the best multiplayer games on PC.

The system is based on the 20 most recent games played. Should the ratio of played/left games drop below a certain threshold, the system will consider the player as a rage quitter and start applying a 75% EXP penalty from the next game played, and for all future games onwards. A warning will be displayed when you hit the threshold.

The penalty lasts for as long as you keep rage quitting; the system constantly monitors the most recent 20 games played, so if your ratio tips back into the acceptable amount of played versus quitted matches, then the penalty will be removed.

Quitting is defined by leaving a match during play, so after you’ve been placed in your spawn room during the “Assemble Your Team Phase” and before the Victory/Defeat screen. If you quit during the hero select screen, or the post-match analysis screen, then you won’t be considered as a quitter. Anything in between is bad news.

Unfortunately the system can’t detect disconnects, so if your net drops during the match you will be considered a quitter. For those with really unstable internet connections, this could potentially lead to the penalty if you disconnect from too many games.