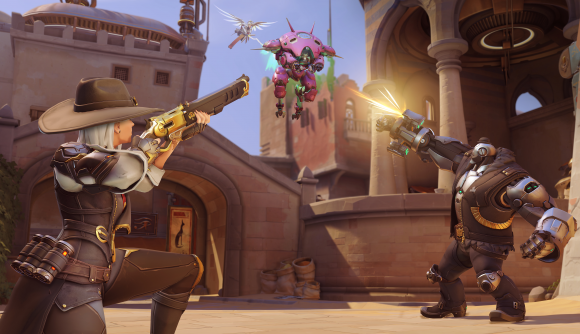 The next major Overwatch update will require a full reinstall, Blizzard has announced via the game's official forums.

PC gamers have come to expect sizeable patches for their favourite games on a regular basis, but rarely do routine updates require a full reinstall, leaving fans to question exactly what kind of changes the devs are planning to implement.

The statement from Blizzard's Technical Support attributes the large size to 'fundamental changes to the game client.'

Customer Support user Drakuloth writes: “The number of back-end changes we’re putting in is substantial enough that we can’t just patch over the current content efficiently. As a result, when the next patch comes out, the client will fully reinstall itself to handle these changes.”

The next update will add new hero Ashe (and her adorable pal Bob)  but we don't yet know what kind of functional changes will be introduced that can account for the reinstall.

Most likely it will be technical changes that make for a smoother experience in-game, be it faster matchmaking or perhaps a replay system. There is also a separate client within the Battle.net app for interactive spectating on Overwatch esports matches. With the beta test for this system, the Overwatch World Cup 2018, now finished, the developers may be looking to integrate this feature into the game itself.

As the announcement acknowledges, the large file size could be an inconvenience to players who have metered internet connections but hopefully a significantly improved game experience will make up for it.

While there has been no date attached to the announcement, it is expected to hit sometime next week, based on historical trends.