Overwatch updates come thick and fast from Blizzard, with minor patches, occurring on a near-weekly basis and more substantial changes arriving in the form of new hero announcements, additional maps, and seasonal events.

In case you’re new to Overwatch, updates are spread between main servers and test servers, with the latter only available on PC and used for testing new content before it’s rolled out to the rest of the game. Any significant balancing change or content update will always hit the Public Test Realm, or PTR, before it goes to the main build of the game. It usually takes between one to three weeks for new content to go from the PTR to main game, but it’s always possible that Blizzard will decide its latest update needs more time in the oven.

Below you’ll find a quick summary of the latest major update to hit the main game. We’ll link out to full patch notes in case there’s a bug you particularly want to see squashed, but the main aim is to highlight the key changes to catch you up as fast as possible.

This update is all about Baptiste. Based on his short story “What You Left Behind”, you can unlock new skins, sprays, and emotes by racking up wins in Quick Play, Competitive Play, or the Arcade.

Apart from that, there’s now a new Replay functionality that lets you watch back your last ten matches from whatever perspective you want. Think about Fortnite’s version, and you’ll be in the right ballpark.

That’s not all this update has to offer, though, and you’ll find plenty of balancing changes, too, from the recent update. Here is the rest of the notes for Overwatch patch 1.37.0.1 in full: 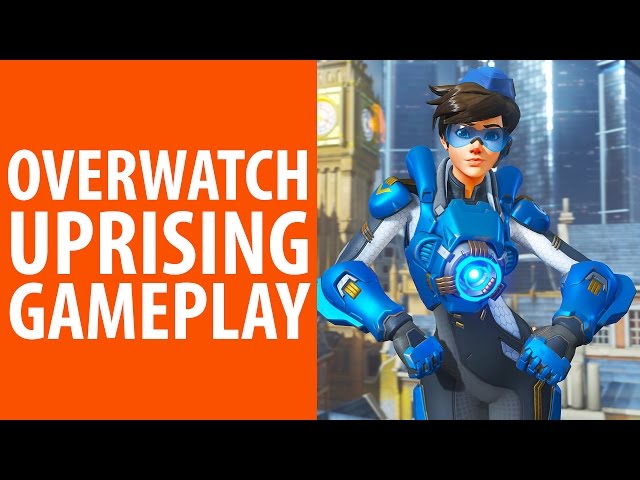 Developer Comments: Given the dual nature of Baptiste’s weapon, he ends up having to reload often. We’re increasing the amount of ammo he has to work with so he can get more firing time while healing. Similarly, increasing the duration of Amplification Matrix will allow allies more time to get into position to make use of it.

Developer Comments: Defense Matrix is a very powerful defensive ability and can often feel oppressive from far away. Reducing the range on it will require D.Va to position herself more carefully to take advantage of its effects.

Developer Comments: On average, McCree’s damage output wasn’t quite making up for the relatively low mobility or utility in his kit. Reducing his weapon’s recovery time improves the potential damage output without affecting the number of successful shots to kill an enemy.

Developer Comments: Orisa has one of the longest weapon reloads and interrupting it to deploy a new barrier felt too disruptive to her gameplay. This change allows her to reload as needed while still being able to protect herself and her team.

Developer Comments: This is primarily a quality of life improvement as it was possible to create a teleporter that Symmetra was unable to interact with unless she moved toward it.

Developer Comments: The combined damage output of Torbjörn’s secondary fire with his Overload ability was too high given his recently increased survivability.

Developer Comments: Assault match lengths are averaging higher than we’re happy with, particularly in Competitive where there are multiple rounds. We’re also concerned with how often Offense fully captures Point A and Point B. Reducing the round time from 8 to 7 minutes should address both these concerns, as less overall time rewards better Defense.

Additionally, sometimes Defenders fight late with good intentions at Point A and end up staggered from their team when A falls, leaving their team with uneven footing to defend a rush to B. In these situations, temporarily lowering the respawn time to get those Defenders back with their team should be a better match experience and doesn’t punish players so harshly for wanting to defend Point A.