People may complain about the matchmaking in Overwatch but, for one newly-engaged couple, it was spot on. Having met on Overwatch two years ago, Chris decided it was time to propose to his girlfriend Dominique and there’s only one other person he wanted involved: Jeff Kaplan.

Maybe you’ll meet your soul-mate. Check out our list of the best multiplayer games on PC.

The pair have been playing Overwatch since the beta, but they didn’t meet until later.

“At one point, just after the official release, we had befriended the same player via solo queue,” Dominique tells me in a Twitter message. “That person partied us all together and we became a group that regularly played.”

However, Dominique moved to Japan for three months last year and had to stop playing. When she returned in the summer, Chris seemed to be the only one around. The pair began video chatting and getting to know each other via their group discord as friends. Chris travelled to San Francisco to see her. “It was love at first sight,” Dominique says.

In 2016, @TheChrisEstrada and I were paired together in @PlayOverwatch and began our long distance friendship.

In 2018, he proposed and Jeff Kaplan delivered the ring. pic.twitter.com/HC3FGpIetA

The two found a place together in California and began trying for a baby. They were lucky, and soon Dominique was pregnant. The happy soon-to-be parents continued their love for Overwatch, attending Blizzcon with the group in which they met. All of which brings us to the proposal.

Chris knew Overwatch should feature, it had been with them every step of their relationship, but he wanted to go bigger than a simple themed proposal.

Chris set his sights on having Jeff Kaplan deliver the ring. Not only that, he wanted the ring to come in a custom-made, Overwatch loot box-styled case. It wasn’t easy to pull off. When our groom-to-be first ordered his custom-loot box, the seller took his money and ran. When he eventually got someone to make and deliver his special box, there was a much more glaring issue – how do you get hold of Jeff Kaplan? 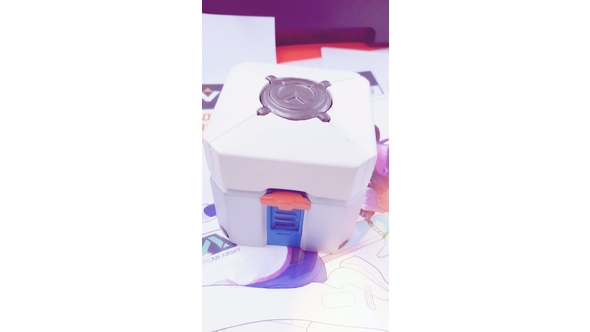 Chris had a plan, his friend William worked at Blizzard, “but,” Chris tells me, “as you can imagine the company is huge and Jeff isn’t the easiest person to get a hold of.”

In the end Chris got through to Jeff himself “I began trying to reach out to any Blizzard or Overwatch social media account,” Chris says. “Sean Allen saw my message and immediately worked to help me put this together. It was surreal when I finally got the response ‘KAPLAN IS IN!’”

Blizzard organised things from there. Chris got the ring and its custom case to Will, who got it to Sean, who got it to Jeff. Chris’ final task was to get to the rendezvous point. “We had to be at Blizzard’s centerpiece Orc statue at a certain time,” Chris says. “Then Sean and Jeff walked up. Kaplan cracked a joke about how his most important job is to walk around the campus delivering loot boxes and he handed it to me.

“I just wanted to make sure the whole thing was special for her. Overwatch has been an important part of our lives, and if it wasn’t for Jeff Kaplan, we would have never met.”

On top of an unforgettable Kodak moment, Blizzard surprised the pair with Overwatch-themed baby clothes and stuffed animals, as well as comfy slippers for the mother-to-be. 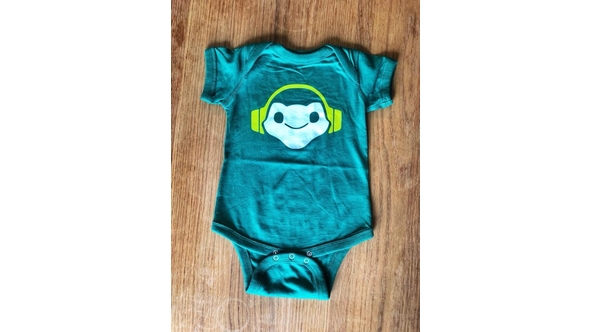 More than just the thing that brought them together, Dominique and Chris both believe Overwatch continues to shape their relationship.

“To me, the special thing about gaming and specifically Overwatch is that you have to work together as a team,” Dominique says. “Chris and I have been able to immediately tackle daily domestic life without any issue because we have a team mentality. We’re here to support each other and if one of us fails then both of us fail, just like in the game.”

“Dominique pretty much nailed it,” Chris says. “We met in the early days of Overwatch and just really played well together. Overwatch is a great gauge at how well you can work together with somebody, and also a look into how someone treats other people. When you meet people who are caring and positive, it makes the game so much more fun.

“Overwatch tells us that the world needs more heroes, and I’m proud to say I get to spend the rest of my life with mine.”

We have updated this article with clarifications provided by Chris and Dominique.