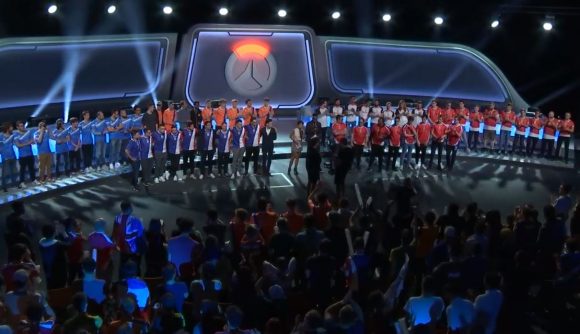 There were four qualifying stages, in Paris, Los Angeles, Bangkok, and Incheon. Paris was the last to be completed, where the French team dominated and came out on top, with Team UK just behind. In Los Angeles, North America came out on top with Team USA and Team Canada qualifying. Bangkok saw China and Australia’s team qualify, and, finally, South Korea and Finland both qualified in Incheon.

Following the Paris qualifying stages, the teams were drawn into their brackets, with seeding: teams that came first in their group would be placed against teams who had come second, giving a likely advantage to those teams (and the safety of not being matched against last year’s victors South Korea if a team did come first).

Those brackets are as follows:

The winners of those first two matches will then face off in the semi finals, leading on to the finals on the final day of BlizzCon.

Teams are primarily playing for glory and visibility – all teams that qualified for the Overwatch World Cup finals get the same prize money, but a little national pride, personal pride, and the ability to show off to all the eyes from the public and the Overwatch League is likely to be a great motivator.

Also it’s probably easier for them to explain “I won the World Cup” to any extended family if asked what on Earth their job is.