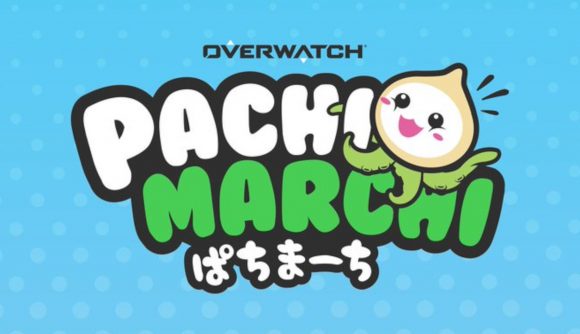 Pachimari is one of the cuter bits of the Overwatch universe – a little character that looks like a stop halfway between an onion and an octopus. They’ve been the focus of plenty of Overwatch merch and fandom creations in the past, and now they’re getting their own in-game event. The PachiMarchi challenge invades Overwatch starting this week.

What is the PachiMarchi challenge? I don’t know! Nor, it seems, does anyone outside of Blizzard. The event begins on March 9 and lasts until March 22, and the only thing the brief teaser trailer shows is a whole lot of Pachimaris bouncing around in-game. Fingers crossed that this will basically be Overwatch: Trouble with Tribbles Edition.

We’ll find out for sure what the event contains when it launches tomorrow, but we do already know it won’t have Twitch drops. Instead, you’ll get a selection of sprays just for logging in, according to community manager Josh Nash, posting on the official Blizzard forums. “We want to call out that this event will not contain Twitch drops, unlike previous Challenge micro-events. With that said, you’ll still be able to unlock 6 community-created sprays just by launching Overwatch before the event ends.”

Those sprays, of course, will likely be on top of the usual in-game rewards for actually participating in the event.

Set up for a sizzlin’ cephalopod showdown.

As you may have already astutely noted, this is not Overwatch 2 news. The Overwatch 2 release date is still a long way out, and while the studio’s focus is on the sequel, it looks like there’s still some life in the original.