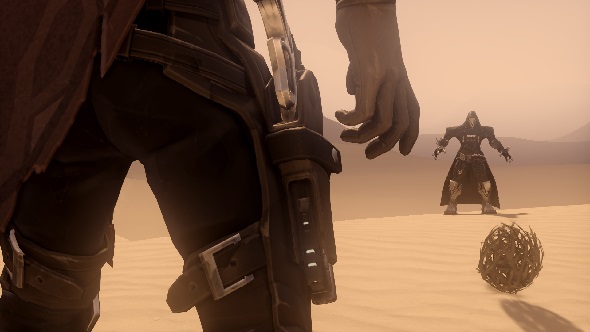 Scott Mercer, principal designer on Overwatch, has written a blog post discussing some of the changes between seasons two and three of the game’s Competitive Mode. We now know that season two will end on November 24 and season three will start on December 1. We’ve also got some details on changes to skill rating calculations, which you can help Blizzard test right now on the PTR.

Enjoy competitive games? Check out our list of the best multiplayer games on PC.

In the post, Mercer confirms that Overwatch’s competitive season two will end at midnight UTC on November 24, and season three will begin on December 1. This is a much shorter off-season than the three weeks between seasons one and two – a decision taken following community feedback. During the week that competitive play is offline, there will also be an in-game timer counting down to the start of season three.

Mercer notes that two of Blizzard’s goals for Overwatch competitive play are in tension: matches should be fair, with accurate skill ratings (SRs) ensuring evenly balanced teams, yet each season should feel like a fresh start, with SRs largely (but not wholly) reset. Mercer says that too many players benefited from their season one performance at the start of season two, populating the gold and platinum tiers at the expense of silver and bronze. Those players were overrated, and would then fall out of platinum and gold after successive losses, “which didn’t feel great”, acknowledges Mercer. It also led to a much wider range of skill in gold and platinum than Blizzard wanted.

Thus, Blizzard have decided to “tune your SR to be slightly lower to start”, but to balance this, “your SR gains from winning will be a little higher at the beginning of the season. After you play enough matches, however, your SR gains and losses will go back to normal.”

The overall idea is that players will be more evenly distributed across bronze, silver, gold and platinum tiers after they complete their placement matches, yet at this stage they’re more likely to be underrated than overrated. You may thus find yourself winning more often than losing, and you’ll make more progress with each of those early wins than previously. After a while, everything will balance out as before, but your experience at the start of the season should be more encouraging.

These changes are live on the PTR right now, so help Blizzard out by giving them a try. You can log into the PTR by selecting it from the REGION/ACCOUT drop-down menu on the Overwatch tab of Battle.net’s desktop launcher.