Is Overwatch on Steam? Blizzard’s multiplayer shooter is a game that has dominated our free time ever since its release in 2016, we feel your urge to add this great game to your many others. Looking at our library always reveals a Junkrat or Lucio – but never Hanzo, eurgh – shaped hole. That’s because Overwatch can only be purchased and launched through the Blizzard App, Battle.net, but we’re here to help.

Overwatch continues to stand out years on from release with its colourful cast of characters and endlessly compulsive gameplay that blends the best of Team Fortress 2 and League of Legends. It’s class-based asymmetrical combat would be right at home on Steam, and we can certainly understand why you’d want one of the best multiplayer games on PC knocking about with all of the other excellent shooters in your collection.

That’s where we come in, with this guide to show you how you can get Blizzard’s stellar FPS in your crosshairs and blasted into your Steam library. It only takes a few simple steps, so we’re going to take you through each stage of the process so you’ll never need to load up another gaming client besides Steam ever again. Here’s how to get your very own Overwatch Steam version.

Is Overwatch on Steam?

Yeah, about that. The bad news is that Overwatch is not on Steam. That’s because it’s made by Blizzard and they have their own fancy storefront to sell games: the Battle.net. There are some publishers such as Ubisoft that compromise by featuring games on their client as well as on Steam, but Blizzard is not one of them. Don’t fret, however: below is a step-by-step guide on how to get Overwatch on Steam.

How to get Overwatch on Steam

Stage one of getting Overwatch on Steam is the simplest: open Steam. If you navigate to the bottom-left corner of the screen and you’ll be able to spot the ‘Add a Game’ button. Next, after having clicked that, you’ll see another button, ‘Add a Non-Steam Game’. Hit that and another window will magically appear.

Your next mission is to find Overwatch’s .exe file in your file explorer. It’s very simple, just scroll down to find the name of the game – or the iconic Overwatch logo we have come to know well – and tick the box to the left of it. If it doesn’t come up in the drop down list it should be fairly easy to find in your file explorer. There should be a folder just as you click into the hard drive folder you installed the game to. 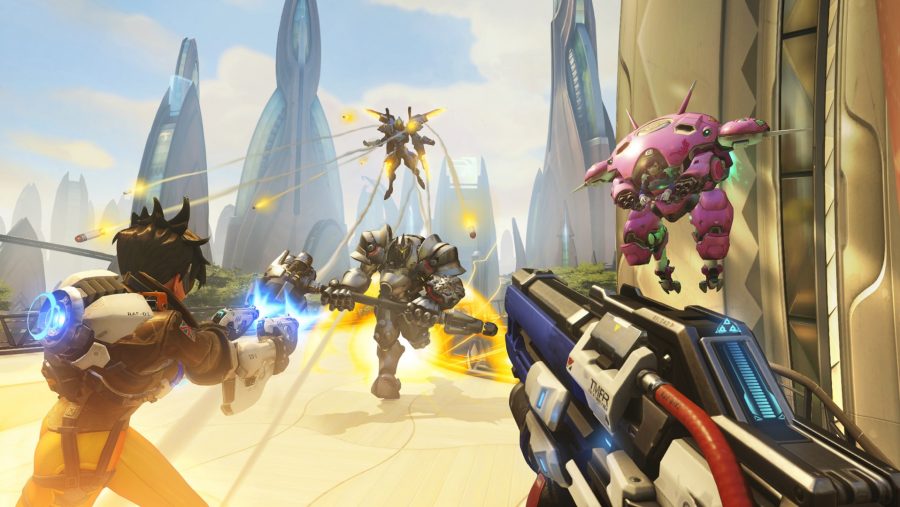 How to add Overwatch to your Steam library

Then all you need to do is hit ‘Add Selected Programs’, and Overwatch should appear in your list of Steam games. Even better, if you change your library to tile view by clicking the options in the top-right of the screen under your profile, you can right click your brand spanking new Overwatch tile to fit it with a custom image.

And there you have it, that’s how you get Overwatch on Steam. Now you can spend less time loading up other clients, and more time blasting away noobs on the beautiful maps of Blizzard’s excellent multiplayer FPS. You’re welcome.