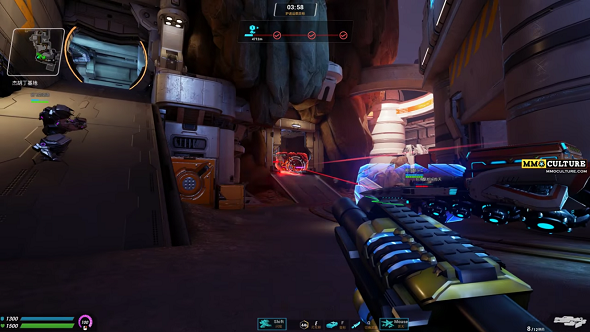 Tencent, owners of Riot Games and Supercell, just released the closed beta for an officially-licensed Transformers FPS, for China only. It looks strangely familiar, as you can see in the footage above.

If you want the best experience online, check out our list of the top multiplayer games on PC.

It’s basically Overwatch. The footage above shows the robots in disguise escorting a payload, and it even uses the same pulsating arrows Overwatch uses to funnel players in the correct direction, and to warn where the enemy will come from.

There’s a robot that makes turrets, there’s a deadly blue sniper, there’s one with a holographic shield. It does have one thing Overwatch doesn’t have, though – the ability to turn into a flipping car. Take that, Blizzard.

The footage is from the third closed beta, via MMO Culture. As well as the payload mode, there’s currently Team Deathmatch, Point Capture, Blade Wars (a melee-only mode), and battles against AI bots.

It will probably never release outside of China, but it’s such a curious thing that we had to share.