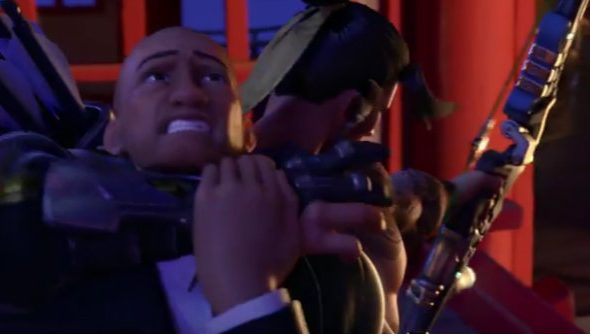 Overwatch’s new animated short, which is based on rival ninja dudes Genji and Hanzo, has crept out early on PlayStation Australia’s YouTube and you can watch it right here.

After the 9.7 million-player beta, I’m convinced Overwatch will get onto our list of PC’s best FPS games.

“Dragons explores the history of conflict between the scions of the Shimada clan: Hanzo and Genji. In this episode, we follow Hanzo as he returns to the siblings’ family home in Hanamura once again to seek redemption… only this time, he finds himself confronted by the ghosts of the past.”

So if you’re ready for some ninja-on-ninja action a few minutes before you’re supposed to be watching it, have a look at the video below:

The previous video focused on sneaky sniper Widowmaker and time-rewinding trickster Tracer, and you can watch that down there if you missed it the first time, or even if you fancy a second viewing: