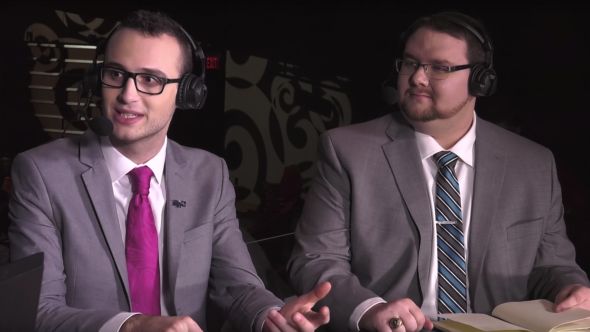 Esports commentators are often the centrepiece of a game’s entire competitive scene. Players might be what draw the crowds, and developers might dictate balance and gameplay, but analysts and shoutcasters are the beating heart of a thriving esport. With competitive gaming being an ever-growing industry, expanding with new games and into new regions, even onto your TV screens, those central figures are becoming more and more sought after. But if you don’t get in early, it can be difficult to make a name for yourself.

At this year’s Hi-Rez Expo, I spoke to Paladins commentator and esports specialist Vox. Fresh off the stage from the Paladins World Championship, Vox has risen from humble beginnings in their bedroom to broadcasting Paladins at the highest level, and is currently involved in training the next generation of shoutcasters. Their advice for people keen to enter the scene themselves? “Just start.”

Vox says their inspiration to start casting came from HRX 2016: “It was the Smite World Championships. I saw one particular person, Hughesy, up on stage there, a commentator from Australia who was pulled in from the community, and that was my inspiration, my kick-off to want to get involved with this.”

From there, Vox says they “bumbled around” for a while, and even considered pursuing a place in Paladins’ burgeoning competitive scene, before sending an application to the Paladins World team. “There weren’t too many applicants at the time, and I happened to be selected for what would turn out to be the qualifiers for Dreamhack Summer in 2016, and the Paladins Founders Tournament,” they tell me. 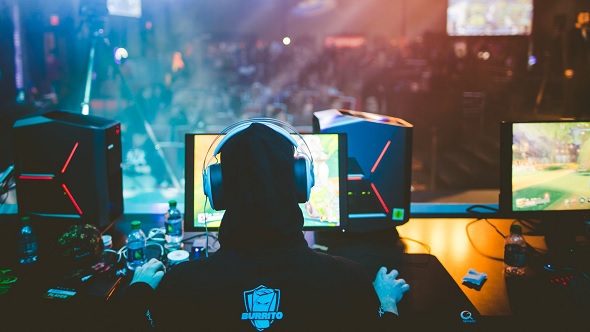 That tournament turned out to be pivotal in Vox’s development. “I had free reign to bumble around, make mistakes here and there, learn a lot about the game and dictate, to a degree, how I wanted it to be presented.” Before Dreamhack, Vox says they “had never been on a stage,” and with “that first stage experience, the bright lights, the stage makeup, the suits, the fact that I’m presenting to an audience – I felt my legs shaking. It was sink-or-swim to a degree, but I pulled it of well enough to be called back to more online tournaments. From there it progressed; I got better, little by little, and I started to draw up notes, to draw up a framework for commentary that still exists to this day.”

When it comes to training new casters, much of what is taught is what you might expect. Starting with VOD reviews, Vox helps train fundamentals of speech to make sure casters are easy to understand and pleasant to listen to. Game knowledge “is critical; you can’t be a good commentator if you don’t know what you’re talking about,” Vox adds. But what really sets would-be casters apart from the crowd is a self-inflicted desire to improve, and Vox says that some people are starting to work together to get better – “It’s really rewarding to see this personal growth.”

Going out and finding your own place in the scene is central to learning how to cast – “If you’re in any competitive scene, any game that has competition going on, that has a grass roots scene, there will be tournaments, you will probably be able to go to tournament organisers and say ‘I’d like to spectate your games, and use these for broadcast practice, how do I get involved?’ Or, if you feel confident enough, ‘Are you looking for people to run a broadcast for you? Can I run a broadcast for you?’.”

If you are interested in casting but aren’t a top-level player, you’re not necessarily excluded from the scene. Vox says that “as long as you can approach the game in the right way, you can still commentate very well, you can still analyse,” but higher ability makes the task easier, as “top-level plays become reactive to you” if you are able to hold your own at that level. What is more limiting is “the scope of your own knowledge. You must very much still be open to learning more, learning new metas – an open mind is the most important thing you can have.”

After our interview finished, Vox reiterated the importance of that early mantra – “just start.” Many of the skills and much of the experience that top casters exhibit can be learned, from the ‘right’ way to speak, to game knowledge, to your on-screen persona. Above all, however, Vox stresses the importance of continually striving to improve, “there is no better time than now. Except maybe yesterday. There’s no better substitute for just raw practice.”