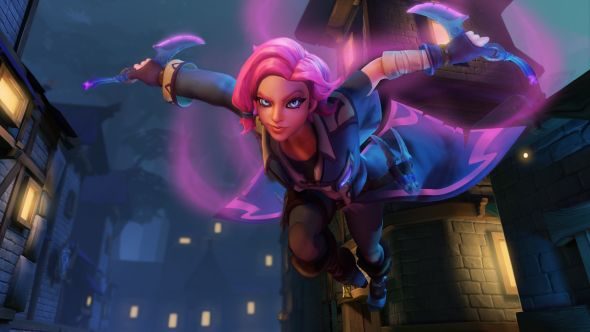 Paladins has been in Early Access since September, and in that time has grown to be one of the most popular games on Steam. Regularly chilling out in the top 20 most played, it’s been quite the success and developers Hi-Rez agree. Taking to the official subreddit, COO Todd Harris explained just how great it was doing and what was coming next.

Here’s who you should be playing in Paladins.

His first announcement was that 11 million people were now playing the game, with 9 million of those on PC. It was the “top new Steam game in 2016 in terms of overall playtime” and none of this is factoring in China, where the game is still under development and will be released by Tencent. Because of all of this the development team has “greatly” increased.

As far as the future, here’s what Harris says is on the way:

That’s likely not all that’s coming in 2017 either, as Harris specifically says this is the “next few months.” Finally, he thanks the community for sticking with the game and making it a success. If you want to join in, it’s over on Steam free to play or £15.99 / $19.99 for the Founder’s Pack that comes with various goodies like every champion now and forever.