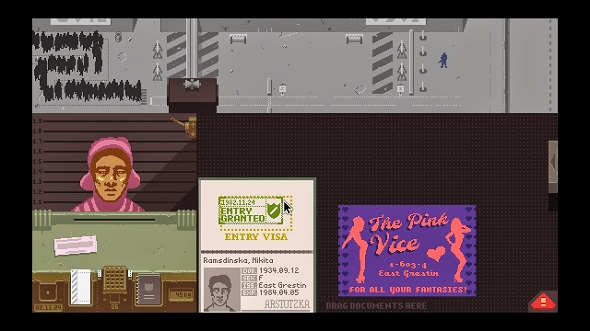 There’s a short film in production based on Papers, Please – that popular indie game where you stamp documents at border control. If the Thief reboot can get a film, why can’t one of the most thought-provoking games of modern times?

Check our list of the best indie games for more hidden gems.

The moral quandaries of Papers, Please certainly make for a tantalising thing to base a film around. If you’re somehow not familiar with the game, it asks the player to keep their family fed in extreme circumstances, often at the expense of strangers, making quick, life-altering decisions throughout your working day.

The movie announcement was made by the game’s creator, Lucas Pope, on Twitter:

Production shots from an upcoming Papers Please short film by Nikita and Liliya Ordynskiy. Really looking forward to this. pic.twitter.com/e1d3qwaHrq

As you can see, the film is well into production already, so it might not even be all that long before it’s released.