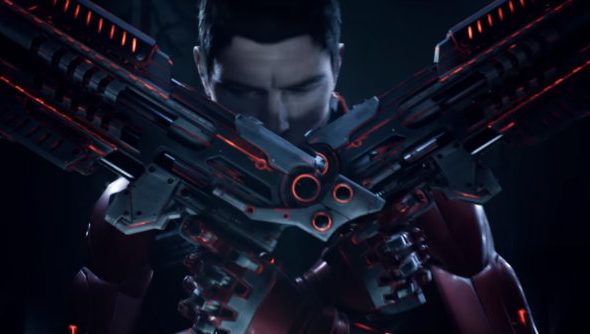 Epic have taken legal action against the creator of a popular hack for their Early Access MOBA, Paragon.

Probably don’t cheat in the titles in our list of PC’s best multiplayer games, eh?

Robin Kreibich, a resident of Germany, is accused of creating a hack – which allowed players to cheat by using triggerbot, aimbot and radars – and selling it for a monthly subscription fee.

Epic are seeking relief and damages from the development, use, advertising and sale of the hack.

According to the lawsuit, the hack was advertised by Kreibich on a popular cheating website as “the world’s most powerful hack for Paragon.”

The advertisement in question promises gamers that they’ll “play legit like a pro” while adjustable “smooth aiming” made it difficult for people to tell you were using a hack – “you won’t look like a hacker and yet be the best player in the game,” it says. Another promise is that you’ll “never lose or die again”.

The lawsuit claims that Kreibich created YouTube videos to show the software off, but these were removed after Epic sent takedown notices on June 1 and June 6. Kreibich allegedly filed counters on both videos with YouTube, which opened to doors to the lawsuit, as YouTube sits within the jurisdiction of the Northern District of California.

Epic are suing Kreibich for copyright infringement, unfair competition and breach of contract tied to the end-user licensing agreement. On top of damages, Epic are also demanding all copies of the software are destroyed and they’re asking for the cost of the trial to also be covered by the defendant.

You can see the full lawsuit over at Polygon.