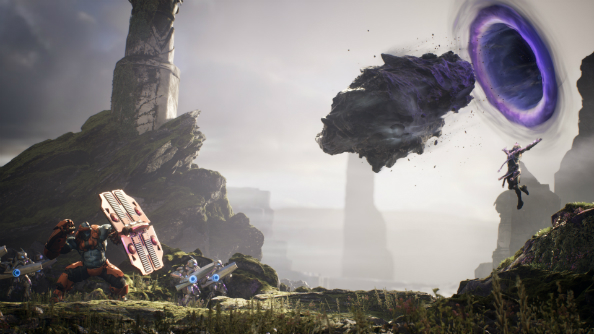 MOBAs everywhere, but no idea which one to play? Well how about the opportunity to check out Paragon – Epic Games’ shiny, triple-A take on the genre – for free. The developers behind Unreal Tournament and Gears of War have dropped the oft-favoured top-down perspective of genre mainstays like League of Legends and Dota 2 in order to put players right in the middle of the action with an over the shoulder view of your hero.

Paragon also brings a new level of graphical fidelity to the genre, boasting gorgeous lighting, explosive particle effects and beautifully rendered environments in its visual arsenal. It’s not all change though, Paragon is still undeniably a MOBA. Epic Games have cherry-picked the essential elements of the genre – lanes, jungles, slow-moving minions, lengthy matches, a complex meta – to make sure the MOBA hadcore don’t feel out of place on the battlefields of Paragon.

Interested? Great, because we’ve got 2000 codes to give away that will grant you a 100% XP boost for three days after being redeemed. All you need to do is complete some actions in the widget below, each time you do it is worth one entry, so you can boost your chances by entering multiple times. We’ll need your email too, but we’ll only use it to send you a code should you win one. If you do win a code, you’ll need to enter it herebefore you can start playing. Easy.

To stay in the loop so you’re among the first to know next time we host a giveaway, head to our Facebook page and give it a like.