Nobody would have predicted that ping pong balls would revolutionise gaming. But just as Planet of the Apes is taking over cinemas, performance capture has become the new standard in triple-A. It’s increasingly rare to see a cutscene in a major release that doesn’t bear the hallmarks of mo-cap studio technology – the real-life body language and perfect lip-syncing that skips straight over the uncanny valley.

Should this step forward be restricted only to the DICEs and Naughty Dogs of the industry? Phantom 8, an international team of 11 developers, certainly don’t think so. They’ve dedicated themselves to 3D scanning and mo-cap, and applied that speciality in a John Woo-style action and stealth game named Past Cure. 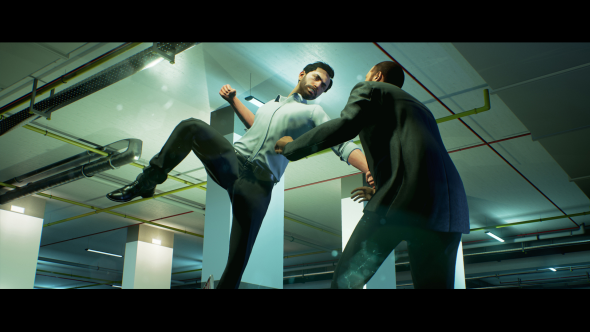 Past Cure has the whiff of a Remedy game about it – in that it features a well-to-do man battling goons and supernatural horrors alike, with a mixture of martial arts, stealth, and shooting. It’s a twisty action thriller in which countless people are felled by roundhouse kicks and mid-air punches thrown by a bloke in a business suit.

The team worked with Metric Minds in Frankfurt using an OptiTrack system made of around 80 cameras. There they were able to track not only the anguished expressions of their protagonist for Past Cure’s cutscenes, but capture data for the game’s action animations, from running, to crouching, to combat.

When you’re looking to evoke John Woo, where do you source your actors? Phantom 8 found theirs in the Rahn school of mixed martial arts, which has international title holders among its regulars.

“I know a couple of guys from Berlin who are well-known in the MMA scene,” creative director and CTO Roman Duda explains. “When they heard about our idea, they were really happy that I asked them.”

Phantom 8 have worked in Unreal Engine 4 to turn their real-world data into game animation, squeezing as much out of their performance sessions as possible.

“We did every single animation with motion capture technology,” programmer Elias Jacobs says.

“It has been really good working with Unreal, because the cinematics tool is great,” animation artist Nick Mallinger adds. “We can see polished cinematics and further polish our work with it. That’s been one big advantage.”

Although the motion capture studio process might appear long and costly, it has eased development in areas where authored animation would have been a lot trickier to work with. 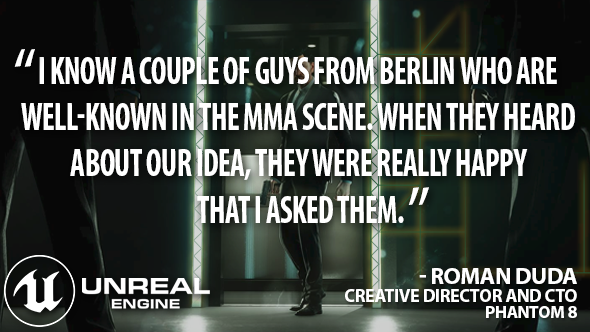 “When two guys are grappling each other, you couldn’t see some things, so [in traditional animation] you’d have to make it up a little bit,” Mallinger says. “When a guy’s flinging another guy over his shoulder in-game it looks really good, but it’s a tough process for multiple characters. I don’t know how I’d do it without motion capture.”

The way Mallinger tells it, it’s also less difficult than you’d expect to blend together motion capture footage together ensuring that the player character morphs naturally between moves with the hit of a few buttons.

“You can always find some similar poses and actions to cut on, and then merge,” he says. “Sometimes actors will do things that weren’t even planned in the combat, and you can take motion from that and build it together.”

The mo-cap data that the team wound up with included sequences of multiple moves, which they were able to match to in-game key presses and “build a library of cool moves.” 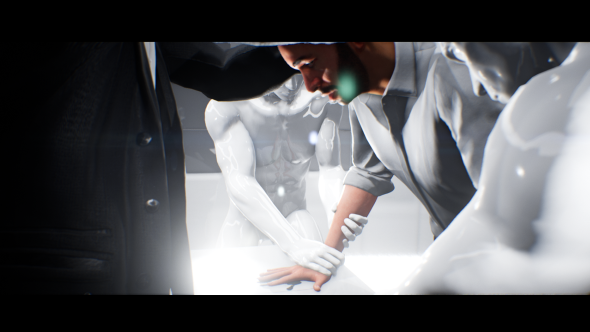 “We tried to keep an actual sequence done by the fighters in one piece and turn it into a combo you can trigger,” Mallinger says. “It was challenging, but it’s not something I see all the time, and we’re quite proud of the results.”

The trick has been to ensure that players feel as if they have the abilities of an MMA fighter – and not that they’re simply watching one.

“In the very first iterations, it would feel like you’d press a button and trigger a whole animation,” Mallinger remembers. “It’s very much about making the person feel like they’re doing the moves.

“Our decisions on animation are quite often born from our testing – we animate it, we play it, we bring it in, and the question is not about how it looks, but how it feels. Then we go back and reassess what we’ve done. There’s a lot of testing, but it’s been really great.”

Past Cure is in development for the PC. Unreal Engine 4 is now free.

In this sponsored series, we’re looking at how game developers are taking advantage of Unreal Engine 4 to create a new generation of PC games. With thanks to Epic Games and Phantom 8.