The art of PC building is something entirely lost on me, to the point that even though my home computer is crying out for more RAM and a new graphics card, I’m terrified to touch the interior in case I mess it up. For YouTuber Micah Laplante, however, that’s clearly not a concern, as he’s managed to build a working PC out of pasta.

You can check out Laplante’s efforts in the video below (via PCGamer). Sadly, making actual components out the carby wonder is obviously impossible – for this particular project, those had to be donated from an old Asus notebook. Having disassembled that machine, he placed the parts on a bed of uncooked lasagne sheets attached to one another with hot glue.

Another layer of lasagne, a few licks of paint, and a lot of glue later, and the Lasagne PC was complete. Sadly, there’s no ground beef or tomato sauce attached to this particular recipe, but I hear those tend to play havoc with your GPU.

Given that the parts had come from a notebook, the Lasagne PC was never intended to be particularly powerful. In fact, Laplante had said that the intention was to create more of a streaming box than a powerful gaming PC. 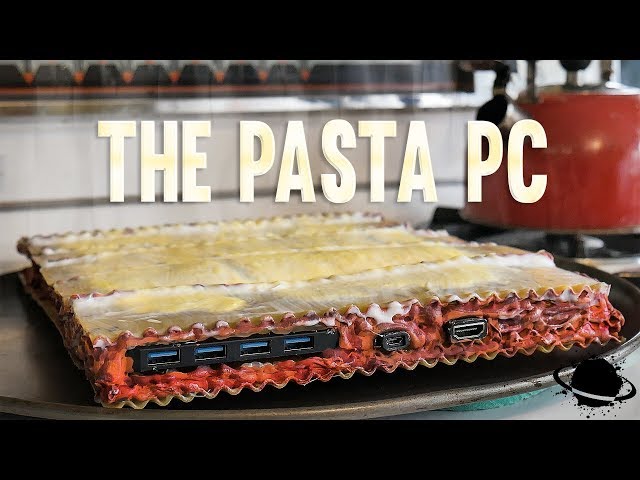 That said, as well as using the machine to show off some YouTube videos and Hulu streaming, Laplante did manage to get Rocket League running on his new machine.

Don’t be fusili: Here are the best mini PCs

Sadly, the success was relatively short-lived. It turns out that the problem with using parts from a PC you’ve not used for years is that those parts are pretty desperate to perform quite a few Windows updates. It would also seem that all that hot glue might have caused a few hiccups, as getting controllers and emulators to run was tricky. But given that the base machine was working, I’d say Laplante’s likely to be ravi(oli)ng about his new PC for a while.