The Heist expansion involves a new location and a band of thieves who help you plan and execute heists, assisting you with tasks such as lockpicking, transportation, and disarming traps. These merry rogues aid you in your robbery of artifacts and the more you steal, the closer you get to taking on Grand Heists by selling them at The Rogue Harbour. Eventually you can collate all your know how and assemble the best rogues to infiltrate a large facility for greater rewards.

The heist itself involves robbing a guarded facility while remaining unseen to secure a vault of goodies at the end. Heist is an ambitious expansion, as you can see from the extensive list of content and changes arriving, but the Path of Exile Heist release date isn’t far off, so here’s everything that’s coming to the next expansion.

The Path of Exile Heist release date is September 18, 2020, so less than a month to wait until you can jump into the new content. 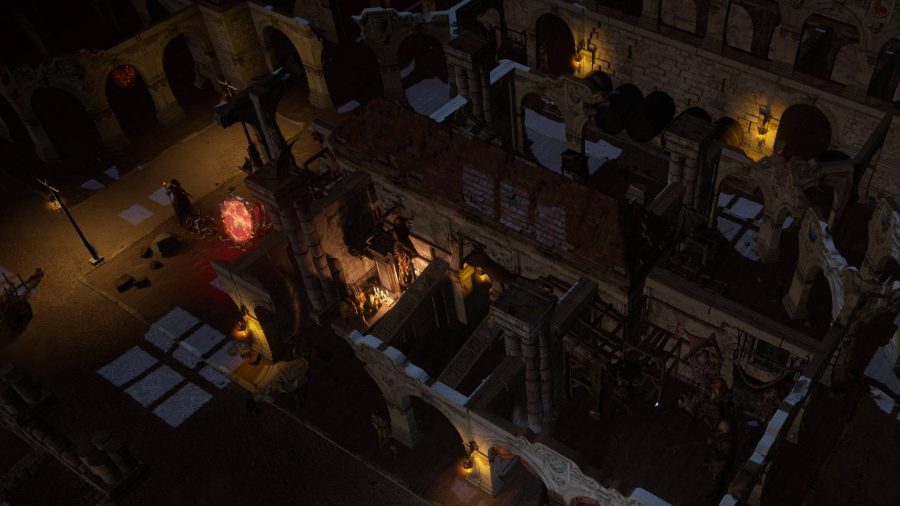 A new area where you meet your crew and contract rogues to help you on the heists, whether that’s intel or transportation, or lockpicking and demolition. It serves as a base for your heists and is where you can recruit new rogues, plan heists, and sell any successfully stolen artifacts. There are 13 recruitable rogues at the harbour specialising in various skills and talents, all with one main skill and three sub skills.

These heist-specific items drop from monsters and can be acquired from the heists themselves. Markers are the currency you exchange with rogues for their services in aiding your heist, and will be the payment you receive for turning in an artifact at the Fence after a heist.

Contracts act like maps and represent a heist, with an artifact listed as the main objective and the expertise and skills you need from rogues to take on the heist. You can craft contracts using regular currency items to modify them, as well as upgrading their difficulty and reward. They also have their own mod pool which can be adapted, tweaking the rewards and difficulty level of each heist further. 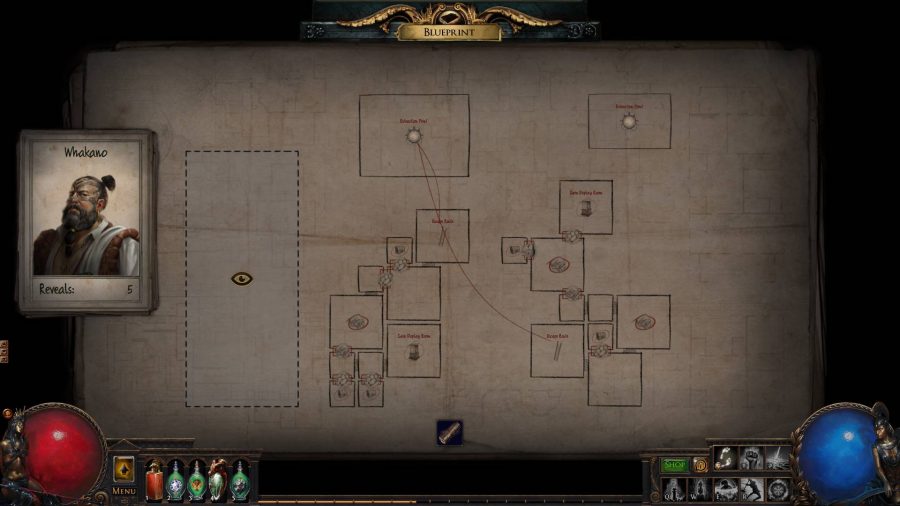 Grand Heists are the ultimate goal when performing normal heists. They take a lot more planning and resources, so you need a good deal of markers to funnel into the operation. Grand Heists also require several rogues assigned to tackling different wings, managing alert levels, and overcoming obstacles – including a well thought out escape route.

Similar to contracts, blueprints are new craftable items you need to plan Grand Heists. Blueprints can be traded among players, but are quite rare. To get the most from a blueprint and to give yourself the best shot at the Grand Heist, you can visit the barber, Whakano, who will use the intel from your other heists to reveal key elements on blueprints, such as escape routes, reward rooms, and specific wings.

These items can be found among the rewards for players that reach the end of each wing in a Grand Heist. You might have guessed from the name, but these items are replicas of the unique items in Exile’s lore. Of course, they’re not /quite/ the same, and although they’re based on unique items, they have their own set of attributes. For example, the Replica Iron Commander bow has strength rather than dexterity and affects shrapnel ballista instead of siege ballista. 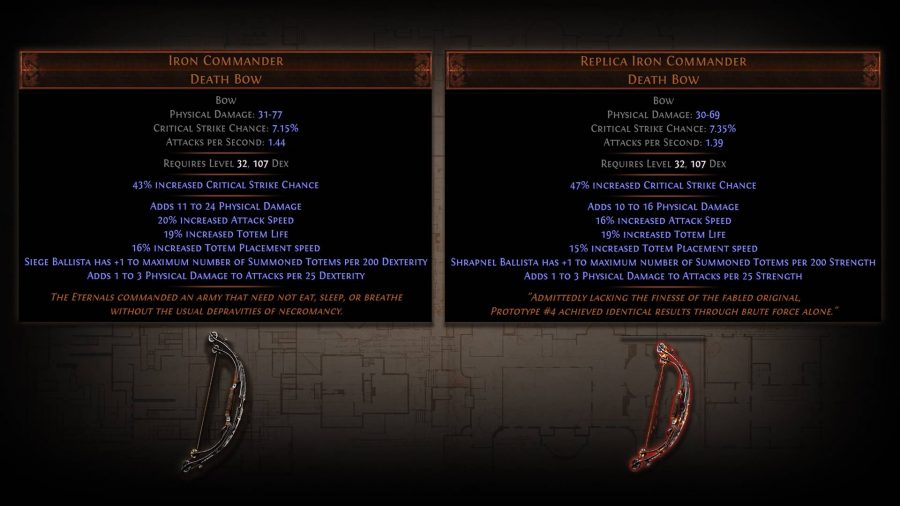 These items can be found in the reward rooms of Grand Heists and improve specific stats as they gain quality, instead of increasing the quality of skill and support gems. This can, for example, result in a pure damage boost or unlock new build potential. If you’re unsure when choosing your reward, these gems usually come with some quality on them to see what benefits you’ll get. You can see from the gem above, that the cast on critical strike provides more attack damage rather than additional critical strike chance.

Weapon and body armour enchantments are another Grand Heist reward, with around 15 themes of enchantments, with variations in power to boot. These enchantments can scale up the magnitudes of properties on the items, and are balanced accordingly. For example, Physical Modifiers have 15% increased effect, but significantly increased attribute requirements.

Another reward from Grand Heists, these experimented base types provide something a little different from conventional base types, such as a bow with low physical damage, but a high amount of built-in fire damage. There are several new varieties for jewelry items, but only one new experimented base type per weapon type. 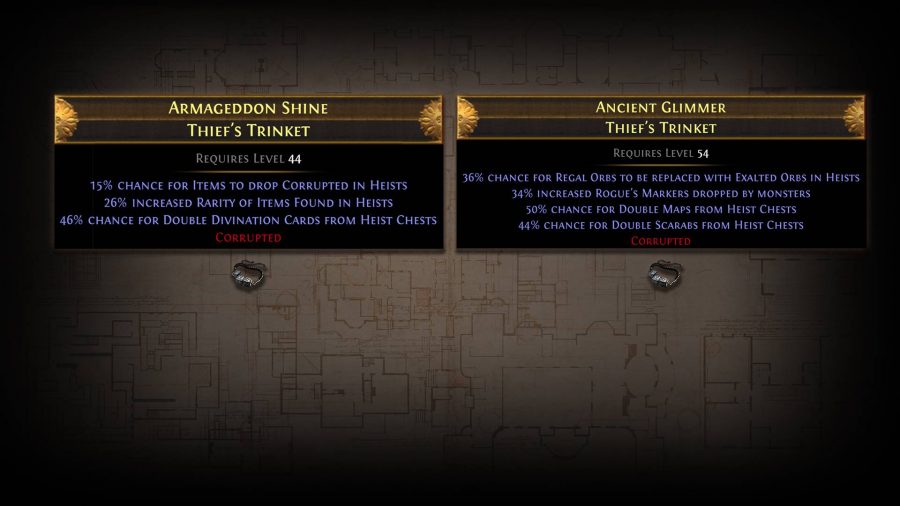 Path of Exile Heist introduces trinkets, a new equipment slot which improves rewards gained from heists, without having to use slots from your current build. Trinkets can increase rarity drops, boosts to rewards, or affect the items dropped by enemies and chests.

That’s everything new coming from the expansion, in the meantime catch up on the latest Path of Exile 2 beta update news.