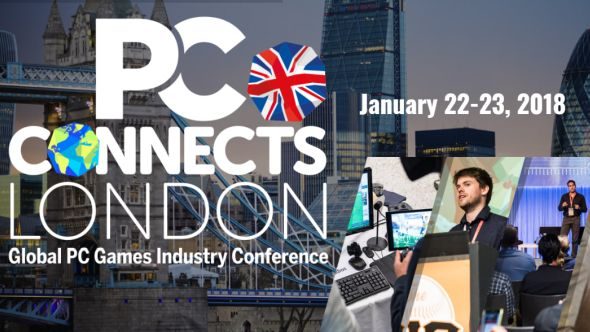 PC Connects London is a new business-focused games convention in the UK, bringing together a large number of publishers, developers, and assorted others to talk game development and marketing. While it’s certainly not aimed at the general public, student tickets are significantly cheaper, and a full quarter of the discussion is focused on showing how games get made with learners in mind.

For the products themselves, here’s a list of the best PC games ever.

The list of speakers is packed with names and studios from around the European and British development scene, with Hellblade developers Ninja Theory, one man indie army Mike Bithell, and the smaller game publishing arm of Square Enix all represented, among many others.

Their talks are split into four categories, covering the current state of the industry in general, then best marketing practices. On day two there’s a University segment on the development of games and studios, and finally a more general making of category with anecdotes and such. You can see the schedule and breakdown of which speakers are where on the official site, with the show taking place January 22 and 23.

Other events include the PC indie pitch, aimed at letting smaller developers get their games in front of various journalists, as well as the Global Connects Party. Which is a party.

Tickets are £50 for students, and significantly more if you’re an indie developer or larger. Bonus: the discount code PCGamesN will get you 25% off if you want it.