If your computer is struggling to push pixels under heavy load, or if it sounds like a jet engine taking off, you have solutions available to you rather than simply chucking your old GPU in the bin – optimising your airflow.

Looking for a new chip chiller? Here are the best liquid coolers around.

It’s important that, even under the demanding loads, your GPU doesn’t need to drop clockspeeds and nerf your performance when you need it most. If you have a GPU built within the last few years from the green team then your GPU will manage temperature changes utilising GPU Boost 3.0 tech.

GPU Boost will increase your clockspeeds for optimum performance within certain thresholds and limitations for temperature and voltage. The cooler the graphics card, the better the performance. Even though AMD don’t have a comparative tech, they will still thermal throttle and kill your performance if you don’t keep thermals under control.

Your CPU is held to the same thermal limitations, too. Without adequate cooling, your CPU may struggle to keep clockspeeds consistent and will have to lower performance to compensate. SSDs, hard drives, motherboards, PSUs… pretty much every component could do with a little fresh air every now and then to ensure stable performance and a long life. 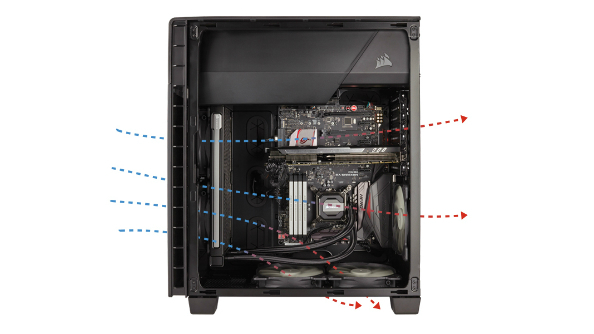 If you are searching for a new chassis for all that futuristic tech you’ve just bought, there are a few things to consider when it comes to airflow optimising.

You want to keep in mind whether any components are going to be stifled for air by any obstructions. This can sometimes happen with smaller cases fitting for mini-ITX motherboards, but even some larger cases have designs which are more favourable to certain GPU and cooler designs than others.

Some graphics cards fair better in these smaller cases. Mostly, you’ll find blower designs on reference cards from Nvidia or AMD, but you can also find third-party cards if you fancy. These use one single radial fan to push air through the card’s heatsinks and then dispels this hot air outside of your case, through the GPU IO.

Most dual and triple-fan graphics card designs move the air away from your GPU but dispel it back within your case for your case fans to take care of – which is not always ideal in a smaller case with limited room.

Luckily, the days of full stacks of HDD drive bays blocking the front intakes are mostly gone – in mid-tower cases anyways. The death of optical drivers, rise of SSDs, and popularity of smaller builds no doubt took care of that. This leaves most cases with a solid layout that allows for plenty of cool air to travel through the front intake and across your components without any obstructions. At least in theory, anyways.

This layout is pretty ideal for keeping your GPU cool, and keeps airflow travelling straight over your heated components. You want to avoid any pockets within your case that are not being affected by fans, as these can trap heat and keep components warm unnecessarily. 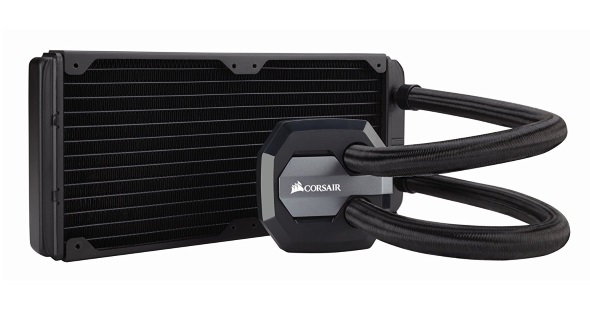 If you’ve fitted your PC build with a liquid cooler then radiator position is going to make a huge difference to your overall thermals. You want to ensure that your radiator has plenty of space to move hot air away from those copper or aluminium fins. As a rule, the bigger the radiator, the greater the cooling potential.

In most layouts, radiators tend to work better as dedicated exhausts. When used as intake, the static pressure fans will often not have enough force to push air across components that are further away, leading to warmer temps.

Dual-mounted radiators will usually suffice for even a minor overclock. If you do plan on pushing things a little further, and you have the room, you can double up your fans in a push/pull configuration on your radiator. Ensure that all fans are facing the same direction, and plug your extra fans into the motherboard directly. A fan splitter can often be handy for this job. 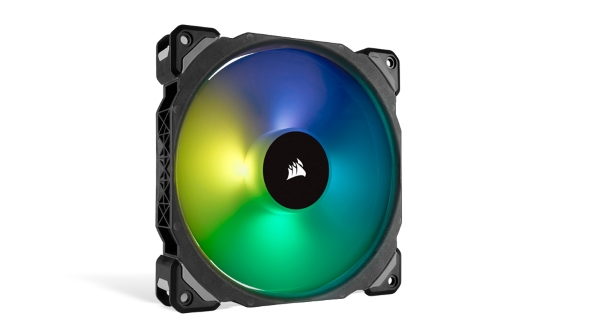 If you are sticking to air cooling, or just looking to optimise your remaining case fans, then your choice of fans can be key. Your CPU cooler may help move some air if you’ve got a particularly chunky air cooler, but for low-profile or stock designs, you need to look to your case to push enough cool air over that small heatsink.

Which fans you choose can make a big difference to airflow and cooling. If you can fit a larger fan in your case then there is little reason not to do so beyond price. Larger fans offer higher airflow at lower RPM, which subsequently means greater cooling potential for a lot less noise.

Static pressure fans are best suited to radiators, but often lack the oomph to get air all the way through your case. Airflow fans are, as you may have guessed, much better for this application. Picking up fans with greater CFM, or cubic feet per minute, will result in higher airflow and greater cooling – although you may have to trade higher noise levels or unwieldy size in return.

Different manufacturers also offer various tiers of fan performance. Noctua’s fans are fan-favourites, but have a stipulation: their off-beige tones are pretty divisive. Corsair’s latest maglev fans are particularly quiet due to their design, and come with full RGB lighting if you are into that sort of thing. 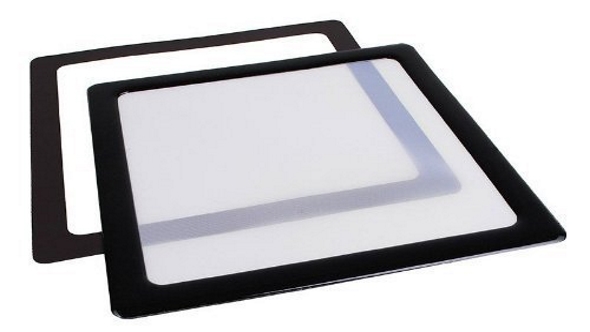 This last step may seem a little obvious, but it’s surprising just how many people don’t do it: cleaning. Dust can quickly gather on electrical componentry and act as a heat insulator, which can drastically reduce performance if left entirely unchecked for some time.

There is a popular theory that if you balance your intake fans to outweigh the airflow of your exhaust fans, this will result in positive internal pressure within your case. This subsequently keeps dust and dirt from being sucked in through cracks in your case, which otherwise might occur if you have negative interior pressure.

For the most part, if you keep your fans fairly balanced and regularly give your computer a brief clean and clear the dust filters, you should be absolutely fine.