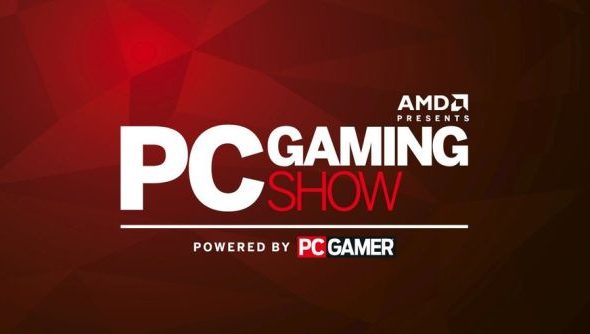 AMD and PC Gamer have joined forces to give PC Gaming its well deserved spotlight at this year’s E3 tradeshow. Hosting their own show, who will be piloted by the fabulous Sean “Day9” Plott, the two companies have signed up quite a few special appearances, from the likes of Blizzard and Paradox to the minds of Dean “Rocket” Hall and Cliff Bleszinski.

PC has never had a real position at E3 – more often than not, we would have announcements made entirely by press releases during the event, or piggyback onto multi platform developer shows. This time however, that will change, as PC Gamer and AMD throwing down the gauntlet, and hosting their own.

“The PC Gaming Show embodies the spirit of innovation, openness and community that’s part of our DNA—delivered by gamers, for gamers,” said Matt Skynner, AMD Corporate Vice President and General Manager of Computing and Graphics. “The time is right for a PC-focused event in the week of E3 and we’re honored to be part of bringing the industry together.”

The show will be hosted by Starcraft personality Sean “Day9” Plott, and include guest speakers such as DayZ’s ex boss, Dean Hall, and Boss Key Productions’ Cliff Bleszinski. A boat load of developers will be in toll too: Blizzard, Bohemia Interactive, Cloud Imperium Games, Tripwire Interactive, Square Enix, Obsidian, Paradox, Devolver Digital and Humble Bundle will be there, with more on the way.

“We’re living in a golden age of PC gaming, but unlike other platforms the PC has no format holder, no marketing department, and—until now—no event during E3 week purely devoted to it,” added Tim Clark, global editor-in-chief at PC Gamer. “We think a show like this, which brings together people from every corner of PC gaming to celebrate the exciting things happening, is long overdue. We hope you’ll join us, in person or on stream, to be part of it.”

The show will happen on June 16th, at the Belasco Theater in Los Angeles. If you can’t be there in person, you can always catch the entire event via Twitch too.

You may be our mortal enemies PC Gamer, but for this, we salute you.