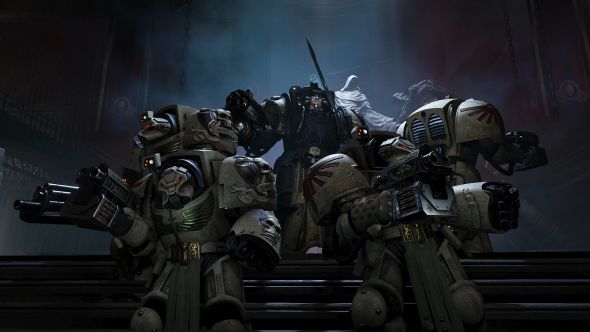 Peta have written to Kevin Rountree, the CEO of Games Workshop, to ask that the company consider removing fur clothing from the figurines of its Warhammer characters.

Peta’s letter cites Leman Russ and Horus Lupercal as examples of Warhammer figures who wear animal pelts. Their contention is that, “while we appreciate that these are fictional characters, draping them in what looks to be a replica of a dead animal sends the message that wearing fur is acceptable – when, in fact, it has no more place in 2017 than it would in the year 40,000.”

Peta say “wearing the skins of dead animals doesn’t take any skill” – true, though they don’t speak to the difficulty of convincing a Fenrisian Wolf to part with one – and “nothing on the bloody battlefields of Warhammer’s war-torn world could match the horrific reality that foxes, minks, rabbits, and other living beings experience at the hands of the fur trade.”

Not to knock Peta’s knowledge of Warhammer lore, which we’re sure is encyclopedic, but we do wonder whether they temporarily confused their settings in also mentioning the Chaos Warriors. They, of course, hail from the Warhammer Fantasy universe, when the rest of Peta’s letter concerns Warhammer 40,000, a time in the far future when, impending apocalypse or not, we’d all hope the ethics of fur would be uppermost in people’s minds.

So come on, The Emperor – get out of that chair and pass some anti-speciesist laws. What’s that? You’re in a coma? How convenient.