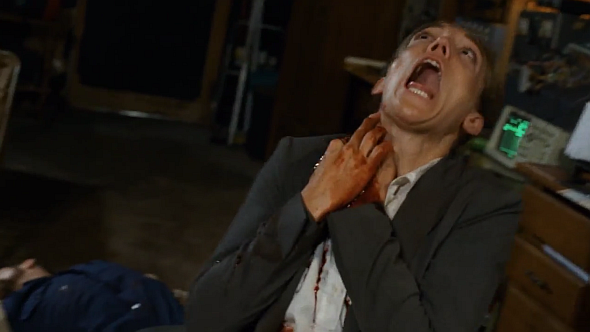 Set in a blood-drenched safehouse where everyone dies to the panicked muttering of spy-babble, the trailer is the kind of intriguing nonsense that probably coheres if you put in the work to unravel it, but it’s day one of Gamescom and frankly I don’t have time. Clearly the brunette is an MK Ultra-style sleeper agent, so I got that. 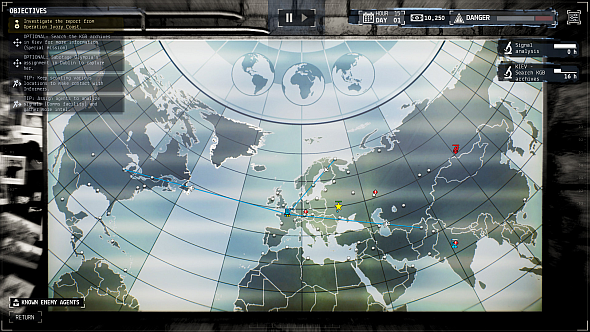 Thankfully, CreativeForge have sent along a press release and some screens, so I can tell you more. Phantom Doctrine is an alternate history thriller in which you’ll lead a counter-espionage group called The Cabal. Your goal is to thwart a conspiracy that aims to pit national leaders against one another in a bid for world domination. 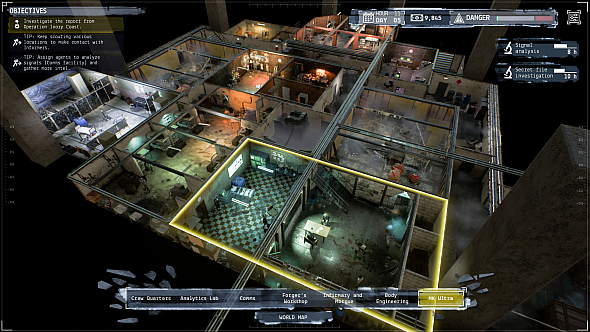 In doing so, you’ll interrogate enemies and allies alike to create double agents, saboteurs, or unwitting pawns. You’ll develop and defend your base, recruit agents from many global factions, and research new tech to give them an advantage. After all that planning, it’s time to execute in a series of tactical campaign missions – you can take a stealthy approach, hacking, breaching, and infiltrating enemy positions in disguise; or you can go loud, showing up to the party in full combat gear. It looks a bit like XCOM, but for spies. 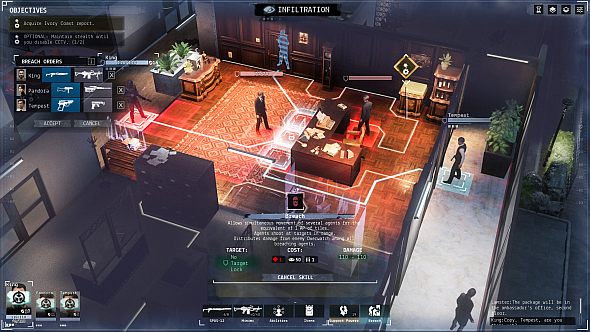 Intrigued? Turn up more clues over at Phantom Doctrine’s GOG or Steam pages. It’s due for release some time next year.