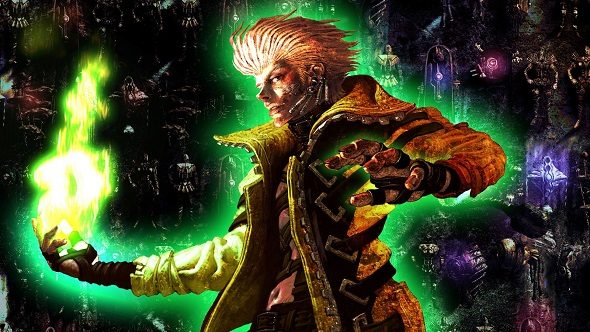 Phantom Dust has been through some struggles. It didn’t do all that well commercially when it released on the original Xbox, but it garnered a cult following for being quite unlike anything else: a strange blend of card collecting, strategy, RPG, and third-person shooting.

For more blasts from the past, check our list of the best old games.

There was going to be a remake of the game, but its developers were shut down in 2015, leaving its fans to abandon hope.

Many said it was ahead of its time, though I never played it so couldn’t tell you whether I agree or not. Luckily, you’ll be able to make up your own mind, as there’s a HD remaster coming to the Windows Store tomorrow, and Microsoft are releasing it for absolutely free.

Excited to announce a fan favorite Phantom Dust will re-release exclusively tomorrow for free on @Xbox One & @Windows 10! pic.twitter.com/q8lmn4yeIh

Not only is it free, but it’s an Xbox Play Anywhere title, so you can continue your progress between Xbox One and PC. You can play online against console players too.

The game runs at a higher resolution than the original (it can be cranked up to 4K on PC) and also supports widescreen for modern displays.