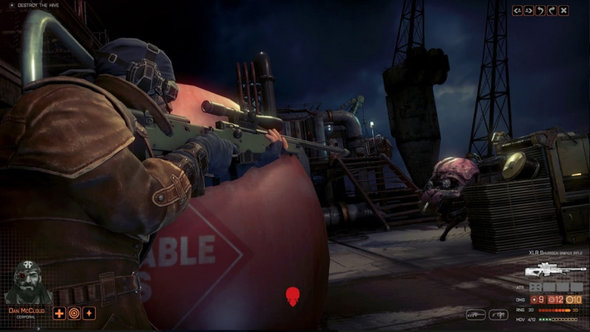 Upcoming horror strategizer Phoenix Point has raised a few eyebrows since its announcement just over a year ago. It comes from Snapshot Games who are partly owned by XCOM creator and grandfather of geekdom Julian Gollop. Having this degree of pedigree on your team is always a good sign and we have been treated to a rather titillating trickle of terrifying teasers and screenshots ever since.

For a grander strategy, check out our list of the best 4X games.

But it gets better, as today Mr Gollop announced via his twitter page that Phoenix Point met its funding goal. Opting for crowdfunding platform fig.co, the team managed to raise the requested $500,000 in less than a week, leaving over a month for stretch goals such as drivable vehicles and a floating Phoenix base.

The game itself is described as being “an XCOM style game with the modern presentation and tactical mechanics of the Firaxis reboot with an open world, strategic level reminiscent of the original XCOM.” That’s quite a mouthful, although Gollop’s games have always being somewhat difficult to define, as anyone who remembers his seminal ‘80s ZX Spectrum title Chaos will atest to.

For those wanting to get on board the crowdfunding train you can check out their fig.co page for a nice array of tiered rewards. Phoenix Point is slated for a 2018 release and you can keep up to date with happenings over at their official website.