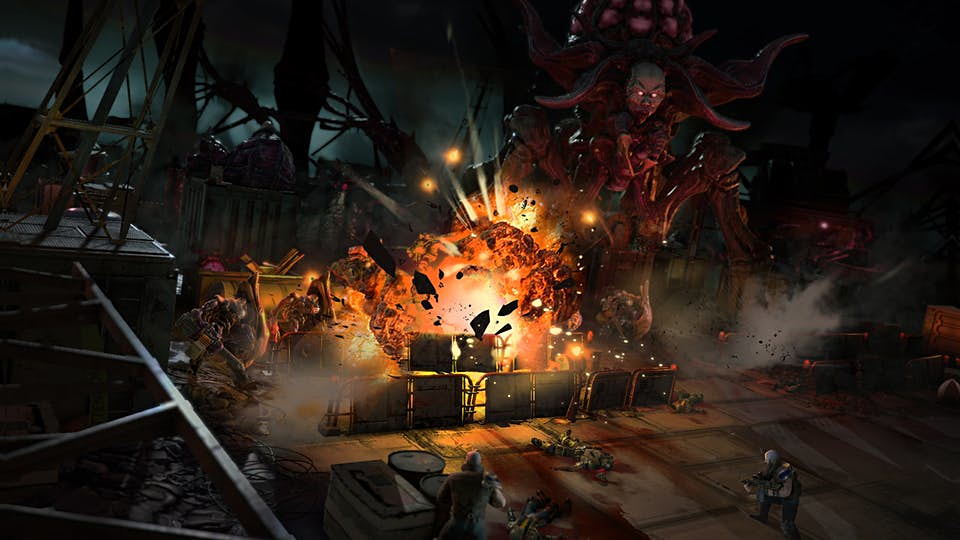 That follows a successful crowdfunding campaign on Fig, bringing in $766,000 from a $500,000 target. Kaye attributes this success to clever marketing, which included a targeted Facebook campaign – a timely reminder that sometimes data-driven advertising isn’t always bad.

How will you save the world, and from what? Here are our favourite PC strategy games.

“I can go on Facebook analytics and I can see that, for fans of Phoenix Point, amongst their favourite TV shows is Babylon 5, for example. You can find a lot of interesting information about people that way.”

It’s encouraging news for the devs, especially given their ambitions for the game.

“Excuse me for using the word franchise, but that’s how we see it,” Kaye says. “We’re taking it pretty seriously.”

There have been three ebooks about the world’s “very long, rich storyline”, with a fourth on the way, and Kaye is clear that the team are considering “what people will be doing with this in three years. Some of those things will be fairly obvious – expansions and things like that – but some of our other ideas are a bit more out of the box. We have some interesting concepts in terms of how to extend it.”

GI.biz have the full interview, which is well worth a read – Kaye also discusses the inevitable comparisons to Firaxis’ rebooted XCOM games and what he perceives as Phoenix Point’s biggest threats.

Phoenix Point is due for release in December of this year. If you’d like to make David Kaye and Julian Gollop happy, pre-orders are live here, and range from $30 to $250 depending on your chosen edition.