In 2014, original X-Com designer Julian Gollop Kickstarted a reboot of one of his early successes, Chaos. He said he was doing so because nobody else had remade it yet. Implicit in the statement was the idea that he didn’t need to remake X-Com since Firaxis had already done such a good job of it.

“So why did I do Phoenix Point?,” Gollop asks, preempting the question with a high-pitched laugh.

Gollop’s new game – crowdfunded on Fig to the tune of $760,000, plus an extra $100,000 thanks to the platform’s investment system – marks his return to the X-Com formula. It is a turn-based tactics game about the defence of Earth, played in two layers: one being a broad strategic overview of the planet, the other about guiding a squad of vulnerable soldiers through uncomfortably close combat. A familiar pitch, to say the least, but while Phoenix Point is not the only game of its kind, it is one Gollop considers necessary.

“As much as I enjoy Firaxis’ XCOMs – and I consider them the best games around at the moment, especially War of the Chosen – there’s something nagging me that still needs to be done,” he explains. “The question I’m putting to myself is how to make an interesting, dynamic world on the strategy level that has a lot of procedural elements in the same way as the tactical level.” 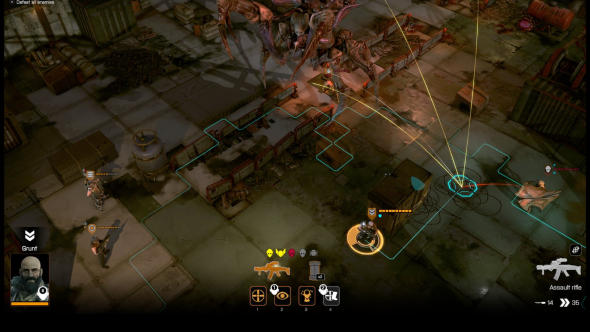 What Gollop has tasked himself with is threading X-Com’s unscripted consequences through an entire game: “The feeling that, if you leave things to happen, they will happen. That if you intervene, it will change what things happen. That feeling, I still think, is absent from the new XCOM games to a large extent. I felt this really needed to be tackled. It seemed like the obvious thing I needed to do, and it became my mission.”

Gollop’s studio, Snapshot, have expanded to 24 people across two teams: one for the tactical battles, and another devoted solely to the ‘geoscape’, as Gollop still calls it.

This latter team reflects Gollop’s growing interest in the potential of mechanics yoinked from the 4X genre. It is an interest that first bore fruit in Chaos Reborn’s single-player campaign, and returns here in much more ambitious form.

While Phoenix Point’s small-scale tactical component sensibly borrows from the newer XCOM games and features no “radical innovations” – bar overlarge, mutating enemies – the strategy layer is an overland map that developers organically, and is unlike anything Gollop or Firaxis have tried before. 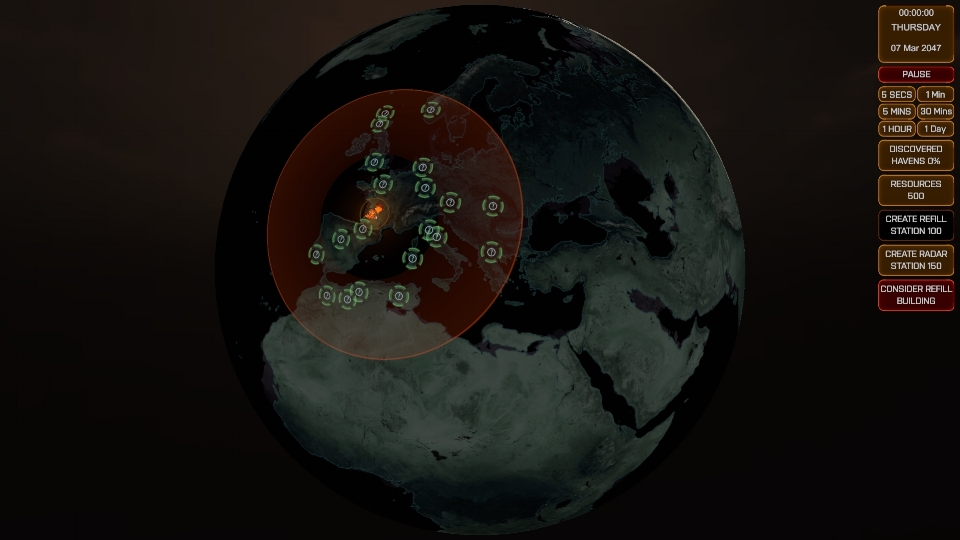 Before the events of the game – so Phoenix Point’s backstory goes – a Lovecraftian mist came from the sea and abducted people, compelling them to walk into the waves. At the beginning of the campaign, that mist returns to creep across the map once again – bringing those lost souls back, but changed for the worse, now with tentacles and a penchant for mindless violence. If the mist is not stopped, humanity is doomed to a fate worse than mildew.

There is more than one way to stop the mist – but each solution lies with a specific faction, all of whom possess some special knowledge they are keeping to themselves. New Jericho, for instance, intend to reboot the satellite network. These AI groups run havens all over the map, subsisting and trading resources quite happily until the mist arrives.

Once it does, however, they will need your resources and military oomph to survive. You might plump for a formal alliance, promising to assist a faction’s havens while helping them implement their solution. Or you might barter with a starving group for tech. Or simply steal it. 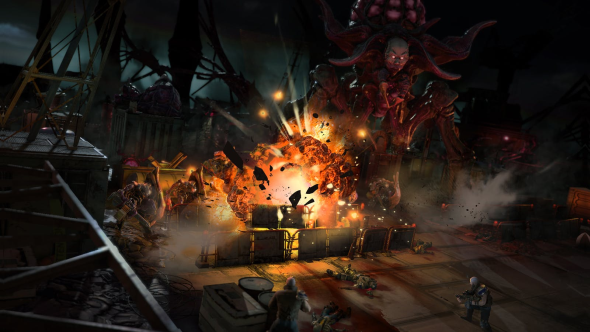 “During the course of the game you can switch [alliances],” Gollop says. “These things are not necessarily very stable.”

Some missions might not trigger a combat situation at all – instead simply asking you to fly resources to an at-risk haven and get out again. In other words, Phoenix Point comes bolted to a full-fledged grand strategy game, albeit one altered by a classic X-Com element: constant deterioration.

It is this aspect of the game that Gollop’s biggest fan, Jake Solomon, is most excited about.

“It’s funny that I did factions in War of the Chosen, which are very straightforward and rules-based,” the XCOM creative director says. “I wanted them to be very fluid or organic, but that’s just not my style. Julian is doing factions more like X-Com: Apocalypse, where it sounds very fluid.”

Solomon is a Gollop game devotee turned peer and friend – he describes the two as “brothers in arms” and speaks in open admiration of the original X-Com creator and his design principles. 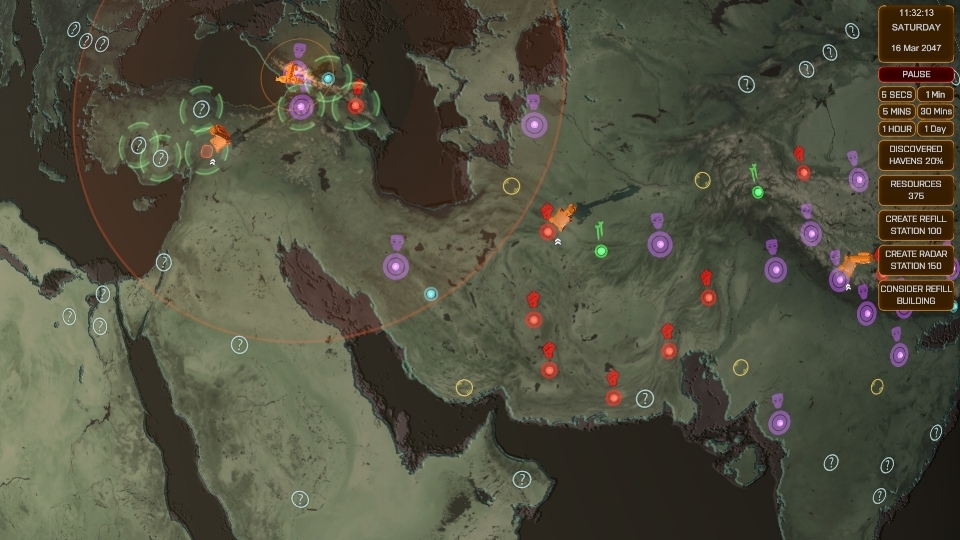 “He’s a very different designer than I am,” Solomon notes. “I try to make the choices explicit, with big, chunky numbers. Julian’s much more into simulation – he always was. It’s not clear necessarily what you’re gonna get, cos things can go a lot of different ways.”

Although Phoenix Point is technically a competitor to his own series, Solomon does not see it that way – pointing to Mario & Rabbids Kingdom Battle as another exciting development in a burgeoning genre that for too long lay dormant.

“We’re in this awesome space where there’s a lot of blue ocean and we can all be positive with each other as designers,” he says. “All of us are lifting each other up – if the games are good, it’s not going to hurt any of us. It’s cool for me to see that Julian is still making games, and maybe because of our XCOM he gets to come back and make a game like Phoenix Point.”

Gollop persisted with turn-based tactics throughout what he refers to as the “Dark Ages” – the years before XCOM revived the genre. He was sustained by a stubborn streak, and the fans who never stopped telling him how much they loved and missed X-Com and Rebelstar Raiders. But without Phoenix Point’s strategy layer – the thing that prevents it becoming a retread of his old work – he simply would not be making it.

“Maybe it would’ve worked, but it’s just not something that would really interest me in terms of pushing the game design,” he says. “I think we really need to explore something a bit new and different in this game, otherwise there isn’t much point in doing it. I’d be accused of making a clone of a game which is based on a game which I already did.”

That high-pitched laugh again. “Which is a bit bizarre, when you think about it.”