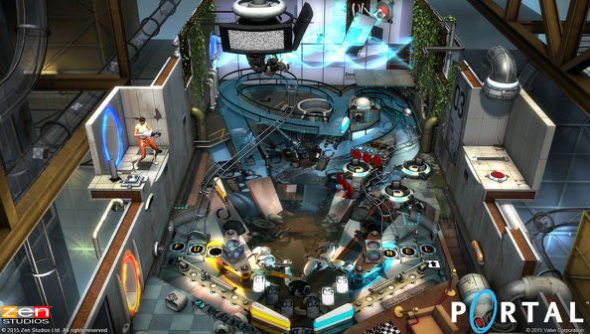 Pinball is a game where you send a little metal ball zipping around a table and try to land it in a hole. I guess some could consider that a bit boring, which is why Pinball FX2 tries to snazz it up a bit with themed tables. The latest of these themes transports the table surface to Aperture Science Laboratories, thanks to a new Portal-theme DLC.

“Aperture Laboratories is proud to reveal the ‘Aperture Science Heuristic Portal Pinball Device’,” Zen Studios stated, “proving that persistent experimentation is not only the hallmark of good science for the benefit of mankind, but also incalculably fun!”

The pack will launch during the week of May 25th onwards, and is priced at £2.49.