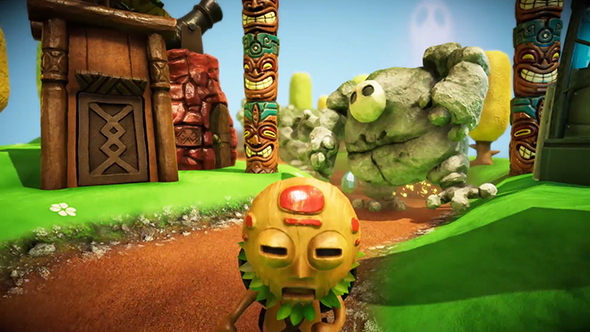 The original PixelJunk Monsters launched back when downloadable games were still a novelty and now, over a decade later, they’re finally releasing a sequel. PixelJunk Monsters 2 is another tower defense title, but this time it’s built on a claymation art style that looks absolutely gorgeous in motion.

For more small-scale goodness, these are the best indie games on PC.

As Tikiman, you’ve got to run around a variety of worlds building defensive towers to protect your village from invading monsters. Naturally, the new game features new towers, new items, and “new action” to keep things fresh. There’s also an “all-new” multiplayer mode, offering support for up to four players.

Did I mention how nice it looks? The lighting, depth of field, and camera perspective all combine for one of the most impressive visual stylings I’ve seen in ages. There’s an appropriate slight stutter to the animations to really sell the stop-motion look.

We’ll see if the game plays as good as it looks when it releases May 25. PixelJunk Monsters 2 will be available on Steam for $14.99. (Switch and PlayStation 4 too, if you want to betray your desktop gaming rig.)