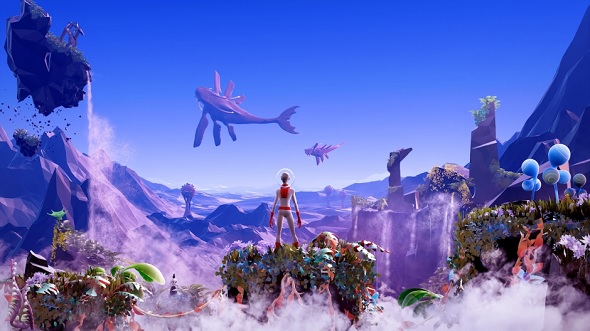 Planet Alpha is a ‘spectacle platformer’ built from the same mould as retro classic Another World. That means it constantly distracts you from the action in the foreground with alien beauty and visual storytelling in the background. It could not be more different than the game Adrian Lazar was working on when he conceived the idea – Hitman: Absolution.

“I lost interest in the games that were in fashion back then,” the Planet Alpha creative director tells us. “I wanted to make something that was a bit different from just killing people constantly.”

Following through hasn’t been as straightforward. Making a game that isn’t about murder is, it turns out, a process of continual unlearning. 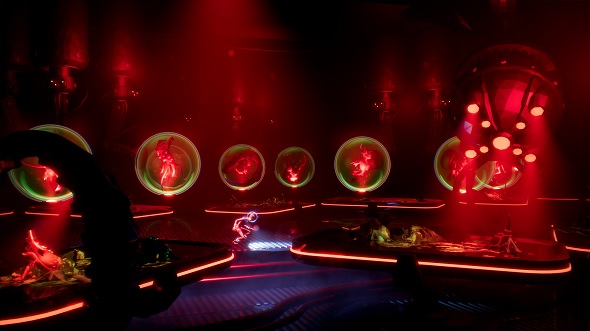 “Don’t get me started,” Lazar laughs. I asked him whether his team had to scrap any mechanics because they got in the way of Planet Alpha’s palpable sense of wonder.

“At some point you had a gun, and a force shield,” he says. “You had a little robot that was following you. You could control her and fly with her.”

Up until just eight months ago, the combat features Lazar had been so determined to leave behind at the start of the project had crept back in, yielding a platformer where you sometimes shot enemies to progress. It’s only by restarting – nearly from scratch – that the team have realised their vision for a game driven by wonder and not weapons.

“It was distracting from this core experience of exploring the planet, so we just removed everything,” Lazar says. “We actually came back to the original story, almost. In the beginning you didn’t have the weapon or anything else, and we added one after another. Now we are back to the starting point, but I feel like you have to try these things.” 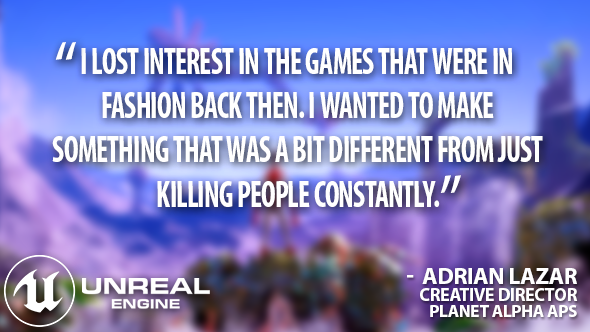 Perhaps the feature creep was enabled by the fact that the Planet Alpha team never had a design document to stick to. But Lazar doesn’t regret that decision.

“That’s what I saw in other games,” he says. “They were becoming a creative block, just because it was written three years ago that ‘this mechanic should be like this’. We let our imaginations flow and did whatever we thought was working. All these changes of direction are going to make the game stronger or more unique – that’s my hope.”

One of the ways in which Planet Alpha strips back the extraneous is entirely literal. The usual array of interface doohookies we expect – like health bars, item counts, and enemy indicators – are entirely missing from this game. It’s a decision that has allowed Planet Alpha’s art to breathe, but brought new problems with it.

“It is a challenge, and we’re still struggling,” Lazar says. “We have to spend more time introducing these elements in a natural manner, but I think in the end it pays off because it makes for a more continuous experience. It doesn’t pull you out of the adventure.” 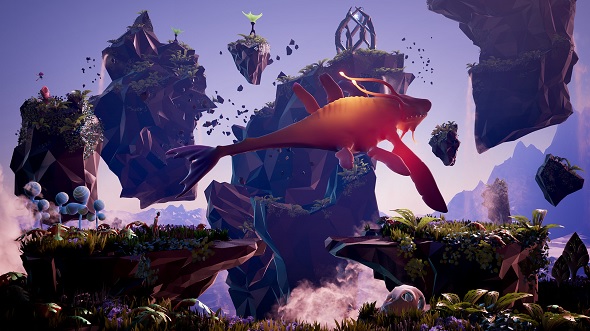 The team have worked to convey the game’s stealth sequences, for instance, in an organic fashion – through the nature of the environment rather than pop-up text. Danger in general on Planet Alpha is often indicated by blinking red lights that fit the world’s sci-fi context.

“We’ve tried to integrate it as much as we can into the universe,” Lazar says. “Sometimes you do have to be a bit more artificial, but I put my trust in people, that they will get it without too much handling.”

A matter of perspective

While Planet Alpha presents its alien landscape from a 2.5D perspective, if you were to view its levels in-engine you would find a fully 3D environment. Over time, the team have taken greater advantage of that fact – transforming what was a largely flat, traditional platformer into something more dynamic and experimental.

“We do play quite a bit with the camera angles, so at times it almost looks third-person,” Lazar says. “It helps a bit with putting you in the same world.”

There is only one part-time programmer on the Planet Alpha team, who works on the camera locomotion system. All of the level design has been handled using Unreal Engine 4’s visual scripting tool, Blueprint. 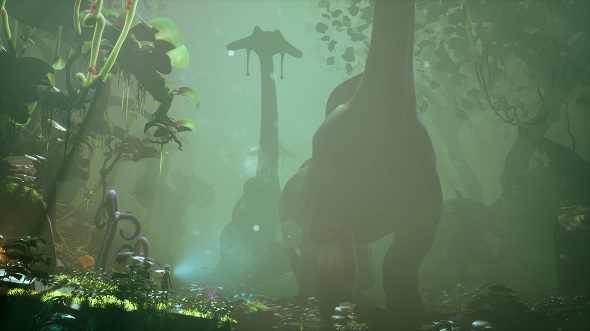 “We’re super happy with it,” Lazar says. “We can quickly iterate on things without having to worry about syntaxes and stuff like that.”

Ideally, very little of this will be what you think of when you play Planet Alpha. You won’t notice the sweep of the camera, or the stripped-back interface, or the guns that aren’t there: you’ll simply fall into the background, awestruck as space whales smash into starships in this foreign world.

“It’s how we tell the story – what happens around you in the world,” Lazar says. “So we need to make sure that the players really see it when it happens.”

Planet Alphais scheduled for a 2018 release.Unreal Engine 4 is now free.