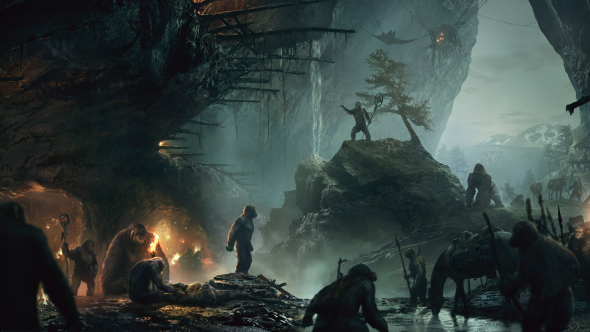 When a bigoted human soldier scrawls the words ‘APE-OCALYPSE NOW’ on a tunnel wall in this year’s War for the Planet of the Apes, it doesn’t feel like a comparison too far. That’s testament to how ambitious these films have become – empathetic war epics which, despite their furry subjects, never abandon humanity in search of bombast.

Against that backdrop, the announcement of a Telltale-style spin-off game is very intriguing indeed. Will Planet of the Apes: Last Frontier reflect the complexity of its namesake? Can the involvement of Andy Serkis’ Imaginarium Studios guarantee performances on a comparable level to the movies? We gathered together PCGamesN’s tribe of Apes devotees to ponder the possibilities.

Jeremy: Alright chums. As PCGN’s three resident Planet of the Apes fans – the keepers of the flame – how did the idea of a videogame adaptation first strike you?

Matt: Ha, yes, what Tim said, pretty much. The first thing I actually heard about it was that Andy Serkis was involved, and that immediately grabbed my interest. I really like Enslaved, which Serkis had quite a hand in, so that combined with his incredible presence in the Planet of the Apes films gives me enough confidence that this could be a worthwhile movie tie-in.

Jeremy: I’ve just finished Michel Ancel’s King Kong, which is sort of a Serkis game too. Lots of ape acting on his CV, that man. But the key draw this time, as you say, is that it’s no outsourced project. It’s a joint production from Serkis’ performance capture studio and 20th Century Fox’s own games division. Wild.

Tim: APES TOG… Sorry. Before we go any further – so I can calibrate my expectations… what kind of game is it?

Matt: This is where I have to upset you a bit Tim, because I know you don’t like games where there’s lots of talking. This is, basically, a Telltale game: a choice-driven interactive movie. It’s set between Dawn and War for the Planet of the Apes, and you’ll be playing as characters from both the ape and human side of the conflict.

I do think it’s a format that makes sense, though. As much as I love the bits in Dawn where an ape assaults a tank, the series is really about emotional depth. We couldn’t have an Apes FPS now, could we?

Tim: I’m out. If I can’t be an ape riding a horse hijacking a tank then what’s the point? Also: isn’t it brilliant that good chunks of the Apes films are essentially silent movies. Good work Hollywood. ANYWAY.

Jeremy: I think maybe that’s why it could work? In the Apes films, Hollywood has somehow made a blockbuster trilogy with a consistent theme of communication. Although they’re big action vehicles, they’re also about leaning in to watch the monkeys sign and make faces at each other. The Telltale model excels in conversational downtime, and actually, Planet of the Apes has plenty of that.

Honestly, I think this might be a project that lives or dies on the quality of its mo-cap.

Matt: So that’s the thing. Intent and emotion in the films is almost entirely told through the mo-cap of Andy Serkis’ face. There is so much about Caesar that you can understand purely by watching his eyes. And that’s something I do worry about when it comes to the game. We’ve already seen a trailer, and IGN have a video showing two scenes, and the animation looks a bit squiffy. 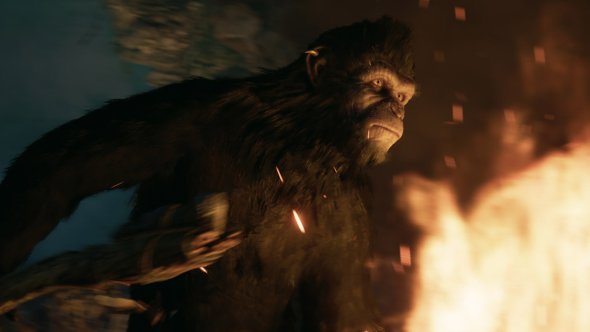 There’s plenty that captures the overall feel of the films; it’s incredibly sombre and the apes chat using sign language, but I found it difficult to empathise with their struggles because they look like stiff videogame characters rather than real, living creatures. Simply put, I think a project like this needs Uncharted-levels of animation polish to thrive.

What do you guys think? Is there anything it can do to succeed and make us see past lower-quality graphics?

Tim: I have nothing pleasant to say. I’m only going to make alternate game idea suggestions from this point on. I would definitely have played Super Smash Apes, or a Monkey Colony Tycoon, but I genuinely do not like Telltale-style adventure games and so I’m basically out. Sorry.

Jeremy: Alright. But what could you do instead, that reflected the tone of the films and took full advantage of Serkis’ expertise in performance capture? Theoretically, that tech is the perfect match – ping pong ball acting has become the new standard in triple-A games, and nobody knows it better than Caesar himself. 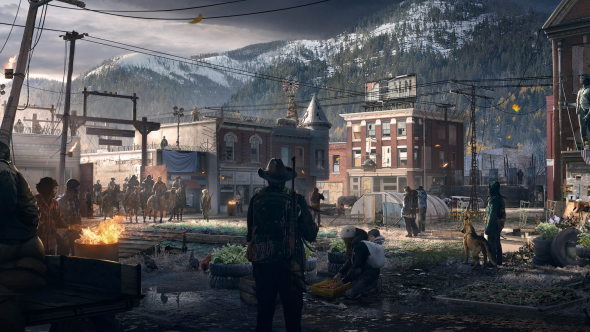 Matt: Yeah, I personally think the style of game they’re going for is the right fit for the film and their deep themes, but I do think budgeting could hold it back. It will, however, surely be better than the last Planet of the Apes game. Did you know about that one?

Matt: So back in 2001 there was a game sort of based on the 1960s film, and it was absolutely dreadful. Instead of being a great shock sci-fi that allowed you to get stuck into what those films were actually about, it was a dreadful half-stealth, half-action-adventure game with awful insta-fail segments. It’s just an absolutely perfect example of why movie tie-ins from that era were awful.

Even though I’m skeptical about the end result of this Apes game, I do have a little bit of hope. The trilogy has beautifully demonstrated that you can make an immensely successful Hollywood blockbuster that’s not about stuff blowing up every seven seconds and filming your women stars as if they’re in a porn movie. Perhaps this game could be the movie adaptation that shows you can do more than shitty mobile cash-in or bargain basement design. That you can create a game experience based on the actual themes of the movie, not that one action set-piece. That’d be a nice follow through.

Jeremy: So that’s the hope and positivity perspective. Let’s hear from our representative in the Burn It All Down department. Tim – if you had the same budget, what dream Apes game would you be making? 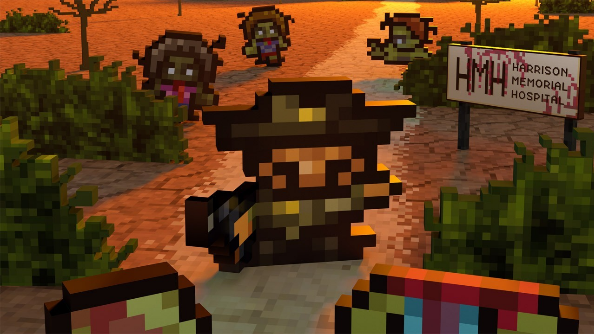 Tim: TBH, I’d just get Team17 to skin The Escapists with baboons. There’ve been two brilliant escape scenes in the new films and basically I just want to play that forever.

Jeremy: There’s definitely plenty you could pluck out to build a game around. I’m still waiting on my Golden Gate Bridge orangutan parkour simulator, based on the climactic scene from Rise. But Telltale-esque is the game we’re getting. So given that: predicted review score, and why?

Matt: 6/10. Admirable effort, but from what I’ve seen the choices are going to be incredibly basic and predictable. Plus I don’t think it’s going to be able to convey the emotional heft that’s so important to the films: apes sad together.

Jeremy: Perhaps not. Either way, I’m off to join the Serkis come the autumn – out of curiosity, if not complete confidence.