The recent Planet of the Apes films were excellent at demonstrating that every conflict has multiple sides. Stories focused on apes trying to create a space for themselves in a world once dominated by humans while the remaining humans try to hold onto the last bits of the planet they still control. Out of that dynamic comes Planet of the Apes: Last Frontier, a Telltale-style adventure game that splits your time between an ape colony and a human outpost embroiled in a conflict with one another.

Fan of point’n’clicks? These are the best adventure games around.

The demo I played opened on a group of apes looking down on a farm from the crest of a hill, debating what to do. Cattle are dotted about in the fields surrounding the farm, each a potential feast for their low-on-supplies colony, but the signs of habitation mean the scouting party could encounter armed, angry humans.

Tola, a beefy ape wants to charge down into the farm and seize the cattle, killing any humans who may get in the way. Juno, a sickly-looking ape, warns that it’s too dangerous and that their father, the colony’s leader, has said not to engage with the humans. You, playing as an ape called Bryn – Juno and Tola’s brother – must decide which brother to support. All this takes place in cinematically-shot and broken up conversation – Tola says something and then the game pauses as it waits for your response.

I end up assaulting the farm and having to kill the humans hiding inside, all of which is handled in quick time events. One of them escapes into the night, which is bad for the apes because it could inspire a reprisal from the humans.

While The Last Frontier has the potential to be a natural extension of the recent films, I found it hard to get excited for what I saw. The Planet of the Apes films, particularly the most recent, War for the Planet of the Apes, are very light on dialogue, telling a lot with a little. In contrast, the brief snapshot of Last Frontier I was shown seemed paralysed by its dialogue and decisions. In the Telltale games there tends to be a timer on conversation responses, a mechanic that gives the dialogue a sense of flow. This isn’t the case in Last Frontier, which makes conversation haltered, with an unnatural staccato rhythm. 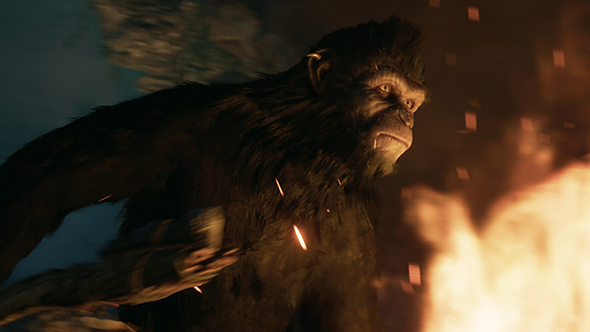 Developers Imaginati have taken the timer out for good reason: to support the game’s multiplayer. While adventure games are largely single-player affairs, Imaginata recognised they’re often played with friends, trying to solve puzzles together or simply sitting back and watching someone play, enjoying them for the story. Last Frontier formalises this by letting up to four players take part, voting on conversation responses. It isn’t the first studio to do this, Telltale kicked off crawdplay last year with its Batman series.

The way it works is that the majority decision is the one the game enacts. If opinion is evenly split then you’ll have to debate the decision until you’ve won round the dissenters to vote the same way as you – or been persuaded to change your mind. If no-one changes their mind then each player has a veto token that lets them force a decision. You don’t want to use that too often, though, because each player only has one token until everyone in the group has used theirs. So, if you force a decision, you’re handing power to the other players make a decision go their way in the future.

It’s a compelling system, and one that recognises how social adventure games can be, particularly those in the Telltale style that focus on conversation. However, I don’t know if the gains are worth the damage it does to pacing structure. 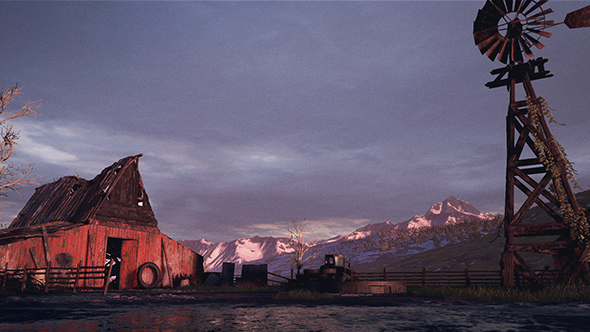 We won’t know the full impact of the multiplayer design until we can play more of the game, but from the demo I suspect there will be two obvious problems. The first is with the veto system: picture yourself playing with a friend, and you hit a section like the one described above with the farm. Say you want to attack the farm with Tola but your friend doesn’t – this means you have a tie when it comes to the conversation choice. You use your veto, a clear sign you want to force this path of action. Well, the game is designed such that it checks you’re sure you want to commit to any major action, which it relays to you with another conversation decision. So it asks you again: ‘Do you want to attack?’. Again, you’re split, but you don’t have a veto anymore and your friend does, so they force the decision to go against Tola. Your decision is undermined and reversed despite it being important enough to you that you forced it with a veto token.

The other problem is just how much this will slow down the game. Imaginati want to engage players by throwing decisions at them every 15 – 20 seconds. That’s a lot of interactions if you’re playing on your own, but if every one of those becomes a debate in multiplayer then it will slow the game right down.

Where Last Frontier could fall down is in how easy it is to compare it unfavourably to the films. One scene in the second portion of the demo is set in the human camp where they were beating a captured ape with a pipe, trying to get it to tell them where its colony was hidden. The acting, animation, and sound effects all let down what should be a nasty and affecting scene. It was easy to think of similar scenes in the film where, thanks to the humanity conveyed in the mocapped performances and realistically rendered faces of the apes, the beatings were brutal, horrifying things to watch.

While Last Frontier is a welcome tie-in, the format it has opted for may mean its biggest competition is the films that inspired it.