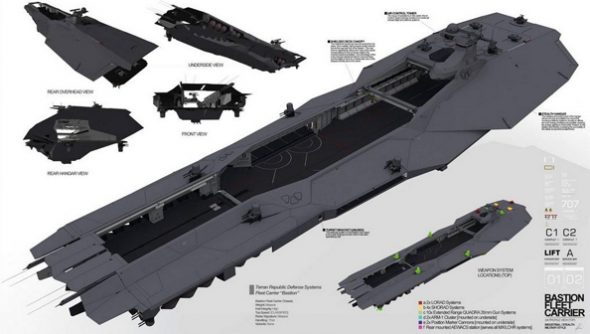 Even the Planetside of 2015 promises to be unrecognisable, however – a seamless planet of player-owned bases, resource harvesting and NPC invasions, if all goes to plan.

All of this comes with a major caveat – Smedley wants us to understand that these are “NOT promises but ideas… some of which may be canned”.

“That thinking can change,” said the Smed on his blog. “It can even change fast. I just want you to understand we are looking to support this game for a very long time and add a lot of features to it.”

Got that? Right. Nevertheless, Smedley went ahead and listed a number of changes under consideration for Planetside in the next three years. First up are player-owned bases:

“We plan on releasing continents that are empty or partially empty where players can build their own bases. These are open world bases so others will be able to attack them. We’re also planning on having these continents heavily resource based with new resource types that will be very rare… and lots of cool new stuff that can be built out of these new resources.”

So, resources. Smedley is planning a new StarCraft 2-style resource system -his words, not mine -enabled by physicalvehicles for mining and harvesting. The very rarest resources will be used to build new vehicles and weaponry.

Don’t call it PvE, but SOE also have combatant NPCs in the offing. Frankly, what the developers have planned sounds more like Medieval: Total War’s Mongols or A Game of Thrones: The Board Game’s Wildling attacks – large-scale invasion events designed to affect all three sides globally.

“This isn’t a bunch of quest givers saying ‘go kill 10 rats’”, says Smedley. “This is bad ass aliens that want to gut you.”

“We plan on doing [eSport support] pretty soon after launch. We plan on making this a big big thing and putting a lot of our resources behind it.”

The latter point sounds like a long shot in the ultra-unpredictable world of competitive gaming, but might yetprove sensible. If there’s any surefire way to keep your video game in the public eye for another 13 years, it’s to have it kick off an eSport.

What do you think of the proposed changes?