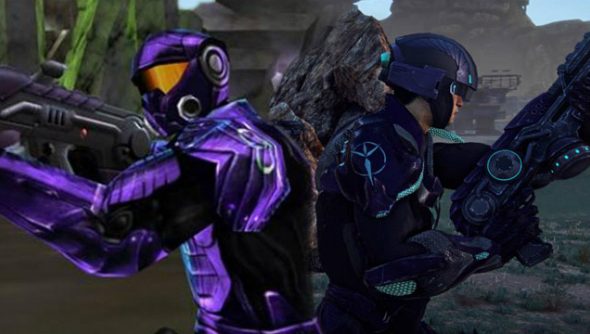 After more than 13 years of inter-continental rivalry, the original PlanetSide will be shut down on July 1, Daybreak Games has announced.

Need an MMO to get you through the death of another? Here are the best MMO games on PC.

The MMOFPS game, released in May 2003, has been supported throughout its life by Sony Online Entertainment – now Daybreak Games after last year’s sale to a private equity group.

In 2014, the game became free-to-play two years after the release of sequel PlanetSide 2 – also free-to-play – though received no further development or microtransactions in the following years.

Development instead has been concentrated on PlanetSide 2, which has received a number of huge updates since its 2012 release, most notably Daybreak’s recent introduction of a Construction System and revamping the continent of Indar.

“While we hope you are as excited as we are about the recent changes, we do have to make a more solemn announcement,” Daybreak began in their announcement. “OnJuly 1st, at 4:00 PM PT, we will be closing the PlanetSide 1 server. PlanetSide 1 has a very important history with Daybreak Games and a special place in the hearts of those who work on its successor.”

Reasons for the closure, other than the inevitable progress of time and an existing, improved version of the same game, were cited as business needs.

“While we have run the game for free since 2014, due to evolving business needs and technical requirements it has become necessary to conclude this service,” Daybreak said. “We hope you will take this opportunity to enjoy the remaining time available with each other and please help us give PlanetSide 1 the sendoff it deserves.”

It is the will of the Vanu. Praise Vanu.