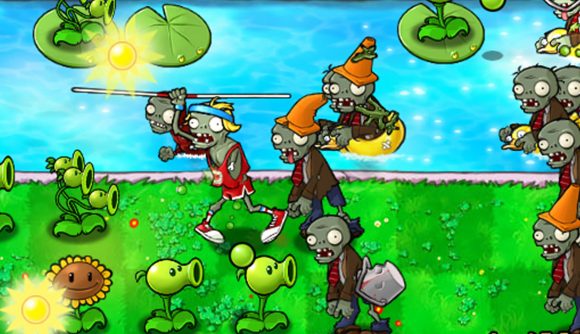 It’s been a decade – yes, really – since Plants vs Zombies shambled its way into our hearts, standing tall among the early waves of both tower defense and casual gaming. Its 2013 sequel oddly dodged a PC release entirely alongside the mobile versions, and news on the series has been quiet since then. Until, suddenly, Plants vs Zombies 3 blossomed into a pre-alpha release on the Google Play store.

EA made a barely-publicised announcement of the game yesterday, and access to the pre-alpha will be rolled out to users in waves. If you can’t download it now, try back in on a different day to get in. EA says this alpha is just an effort to get feedback on combat features, and is “not representative of the final game.”

Since you’re probably wondering, there’s no indication of plans for a PC release on the official site. The only nod to other platforms is confirmation that the game “is unavailable for players on iOS at this time.” It would be surprising if PvZ3 didn’t eventually release everywhere – but then, I would’ve said the same about the second game, too.

There are no microtransactions during the pre-alpha, but the store listing says in-app purchases will range from $0.99 to $99.99, just as we’ve come to expect from any free-to-play title. Monetisation ended up being one of the biggest complaints levied against PvZ2, so hopefully things are better this time around.

It’s been a long time since we last saw traditional Plants vs Zombies on PC, and judging by all the warnings about how preliminary all these features are, there’s still a long wait left to go – if the third game leaves mobile devices at all.