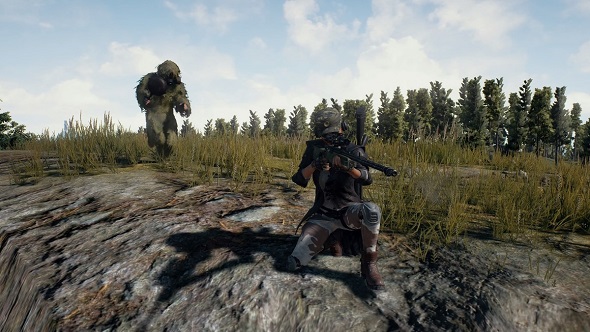 Not a day goes by without PlayerUnknown’s Battlegrounds reaching some popularity milestone. First it was becoming the most-played game on Steam, and now it is more popular than Overwatch in South Korea’s PC bangs – bespoke internet cafés where Koreans can play on top of the range PCs.

PlayerUnknown’s Battlegrounds is great and all – but here are six games that’d benefit from a battle royale mode.

With stats collected from Gametrics, a site that keeps track of playtime across South Korea’s PC bangs, PlayerUnknown’s Battlegrounds now takes up 13.51% of all total playtime, compared to Overwatch’s 12.99%. League of Legends is still the king of the mountain though, taking up a 27.91% share of total playtime. Overwatch did initially have a 1% lead over League of Legends in June of last year, but has since fallen behind the titanic MOBA. 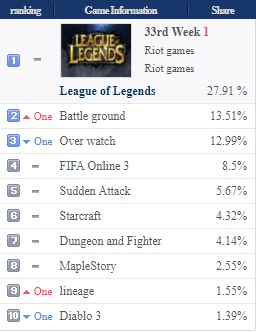 Overwatch is in its competitive off-season, which may account for a small drop-off in numbers, but PlayerUnknown’s Battlegrounds has been steadily creeping up the PC bang rankings ever since its launch in March. With it being still in Early Access and yet to go ‘all in’ on esports, PUBG’s lead over Overwatch will probably increase in the coming months.

With developers Bluehole being based in South Korea, I wouldn’t be surprised if they use PC bangs extensively for data collection and community feedback. Seeing as all of the computers within a PC bang are networked together, it may also be a great testing ground for future PUBG tournaments that require 100+ PCs to be linked together.