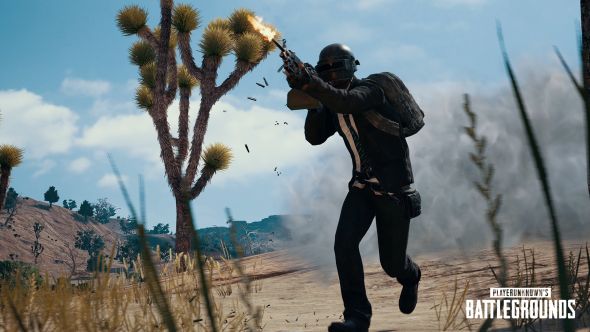 PlayerUnknown’s Battlegrounds is about to see its largest-ever balance patch. The changes, announced on Steam, are intended to make weapon choice a more significant factor in how you play.

PUBG’s Savage map is the map that Miramar should have been.

If you find yourself without an assault rifle after the first terrifying minutes of a game of PUBG, the likelihood of securing yourself that all-important Chicken Dinner drops pretty significantly. Helpfully though, PUBG Corp say they want to redress weapon balance in a coming update.

In the announcement, the devs say they’re “preparing to ship a number of changes to weapon balance and attachments very soon.” The exact numeric changes the team are planning to roll out haven’t been released just yet, but they have explained some of what they hope to achieve.

PUBG Corp say they believe that the choice of which gun to take in a given situation should be based on personal preference over simple strength, and that their goal “is to make it so no one gun will feel objectively better than the others.” that’s an impact that will also roll over to weapon attachments, meaning you can choose the one that benefits your current situation, not the one that’s just ‘the best’.

Another change coming to the game is the removal of the level three helmet from random loot spawns. PUBG Corp say the helmet – which is the most effective lifeline against those annoying snipers – will now only be available in care packages. The devs say the aim behind that is that ownership of such a powerful item shouldn’t come down to “luck alone.”

The changes will go live on the test servers first, but there’s currently no release date or roadmap, so expect this to be an ongoing process.