PlayerUnknown’s Battlegrounds might be an enormous murder sandbox, but there’s no reason it can’t be cute, too. Artist JustDuet has documented the entire PUBG experience through the medium of adorable cat drawings.

PlayerUnknown’s Battlegrounds was one of our best games of 2017, even before we’d seen how much better it was with cats.

From the lobby, to the plane, to traversing the perils of the red zone, and even the chicken dinner itself, nearly every moment you might encounter in a match is documented. 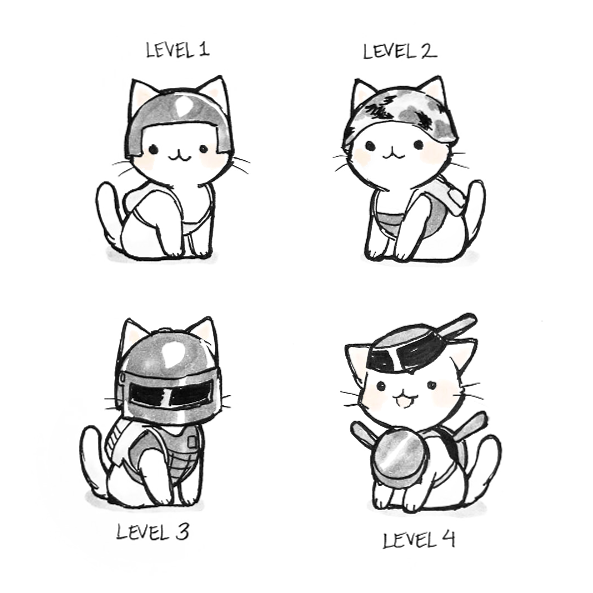 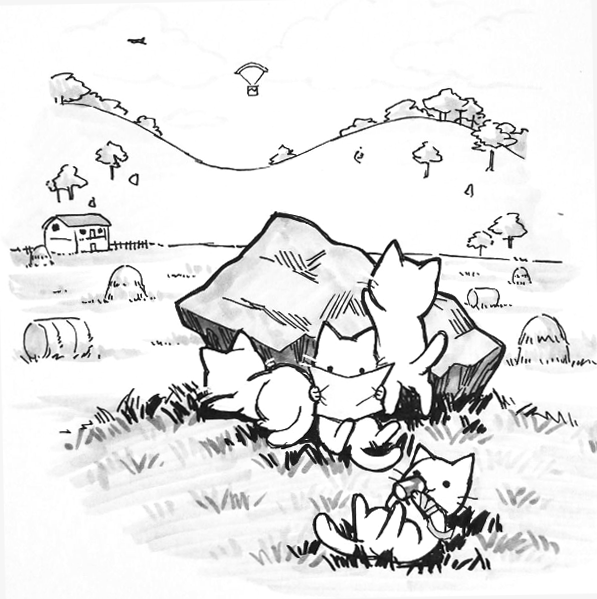 The only thing missing is the bit where you die a few feet outside the safe zone because you spawned on the wrong side of the map and couldn’t find a car, but that’s so sad that even cute cats would be unable to redeem them. Either that, or the desert map, but hopefully that allows for a second series of PUBG + Cats.

Looking at the full collection, a part of me thinks that this really shouldn’t have worked as well as it did, but there’s something about a cat wearing a series of frying pans that I can’t quite get over. Another highlight, from the bottom of the collection, is the cold, expressionless face of a cat lobbing a grenade at their opponent.

Anything to get your paws on that chicken dinner. 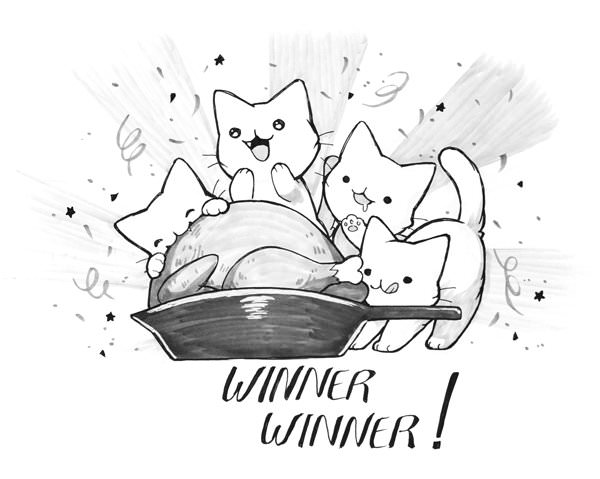 You can find more of JustDuet’s work in their shop.