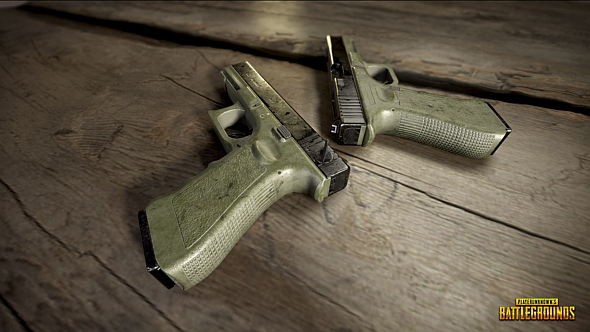 PlayerUnknown’s Battlegrounds (PUBG) is getting a new pistol: the Glock 18-C.

Looking to avoid a noob’s mistakes? Here’s how not to play PUBG.

The Glock was unveiled on Twitch in the following clip, which erroneously stated it could only be semi-automatic.

PUBG’s animation and gameplay lead Smookie then took to Reddit to clarify that it will have a selective fire mode (your choice of semi- or fully-automatic), with the possibility of attaching a red dot sight and/or a silencer. It will take 9mm rounds.

This will be the second weapon added to PUBG since its Early Access release. It’s due in the next monthly update, which means it’s due very soon, since we haven’t had an update in June yet. According to the PUBG Twitter, June’s update will also focus on server performance and lag.

The next monthly will be on May 25th and it is focused on client performance. June will be focusing on server performance and reducing lag.