The Halloween cosmetic items for Playerunknown’s Battlegrounds have been leaked and if the pricing is to be believed, they are certainly going to give players a fright in one way or another.

The slate of items appears to be inspired by classic horror icons like Stephen King’s IT, featuring a number of ‘killer clown’ items, along with butcher paraphernalia and Mummy accoutrement.

Each individual item is priced at $4.99, including masks, hats, trousers, shoes and more. What has fans understandably peeved is that there doesn’t appear to be any ‘set pricing’ – meaning a discount for purchasing multiple items in a set. Previously this has made PUBG’s cosmetics a little more affordable, so it would be a shame if these discounts are absent this time around.

It’s worth noting that this is just a leak at this point, so it’s possible that different bundles and/or the option to earn the cosmetics through gameplay could surface with an official announcement. As some fans have speculated, the in-game items could even be included as part of a larger Halloween event, which could come with it’s own Event Pass.

You can get a better look at the leaked items, in the images below. 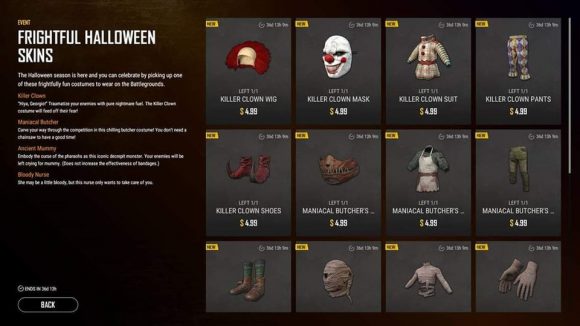 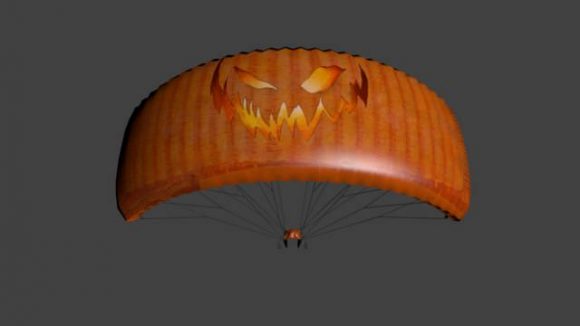 The images surfaced on the PUBG subreddit, and we haven’t yet had any official confirmation of their legitimacy.