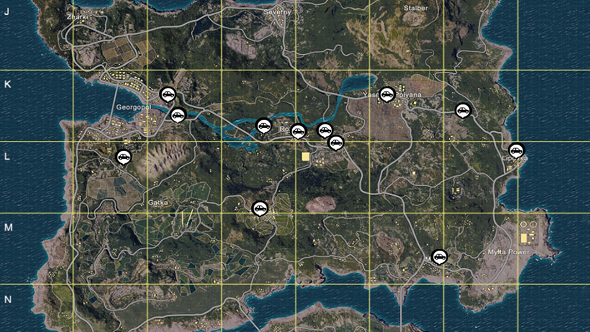 Parachuting into battle in PUBG is one of the most important things in each match. Your initial drop can make or break you. Perhaps you’ll land in an overcrowded area and not get to a gun in time. Maybe you’ll land too far away and not be able to get to a vehicle before the electric smoke engulfs you. Both of those things are bad.

Check out our list of the best survival games to see the genre that spawned PUBG.

A PUBG player has created an interactive map to alleviate this issue. The map lets you drag across the plane’s flight path, so you have an idea of where the best landing spot is.

As well as tracing out the most likely landing spots for other players, the map shows where you could land if you wanted to veer off the beaten track. Luckily, it also shows where cars are likely to spawn too, so you won’t be stranded when the circle moves on without you.

It’s not game-breaking, as the map doesn’t tell you where to get the best loot or anything, but it’s handy if you want to try avoid a confrontation as soon as your boots touch the floor. Check it out at Planepath.net.